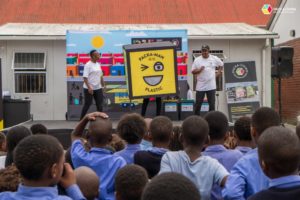 Packa-Ching, an innovative community recycling collection initiative is on a mission to improve South Africa’s recycling rate by mobilising schools and their learners. Started by Polyolefin Responsibility Organisation NPC (Polyco) in 2017, Packa-Ching mobile units are now operating in six areas across South Africa.

Residents have so far been paid out over R2.5million for the 3 million kg’s of used recyclable packaging that they have bought to Packa-Ching. Building on this success, Packa-Ching aims to launch the Packa-Ching schools programme to educate learners about the value of recycling, but needs sponsors to do so.

“Schools are the hearts of communities. The focus of the Packa-Ching schools programme is to educate learners about the importance of recycling in keeping our environment clean and to teach them that used packaging has value,” says Nicola Rowe, Brand Manager at Polyco. “By influencing a positive behaviour towards recycling at schools, we hope that learners take this lesson home and influence their family and community members to recycle their waste and earn money for it.” 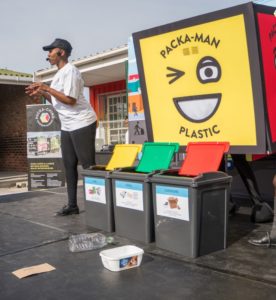 To date, Packa-Ching has been rolled out in six different regions across South Africa. The success of the project has resulted in more than 3 million kilograms of recyclable packaging waste having been collected, and therefore diverted from landfill and kept out of the environment, and more than R2.5 million paid out to members of the public in exchange for their recyclables.

The Packa-Ching schools programme will educate learners about the importance of recycling, install recycling infrastructure into schools, and pay the schools for the recyclable material that the local Packa-Ching enterprise collects. Learners will celebrate each year’s achievements at an annual prize giving that recognises champion learners and teachers for their recycling efforts. The Packa-Ching schools initiative was previously piloted in two schools and in just one month, more than 3200Kg of recyclable waste was collected and more than R3600 paid to the two schools for this recyclable material.

“The biggest win of our schools pilot project was the commitment of learners, showing a clear excitement and motivation to recycle their waste,” says Rowe. “This is exactly what we need to improve South Africa’s recycling rate; young advocates for positive change.” 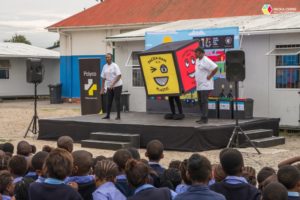 To reach the full potential of the Packa-Ching schools programme, Polyco is calling on brands to sponsor the programme. This sponsorship will influence South Africa’s behaviour towards waste and encourage more households to recycle.

“Accumulated waste, especially in underprivileged communities, continues to be a big social and environmental problem. It adversely affects the quality of life within communities,” says Megan Swart, Packa-Ching’s Operations Manager.

“With Packa-Ching our goal is for residents to see waste not as ‘litter’, but rather as money, offering a dignified opportunity to earn an extra income and keep their community clean as a result. We are thrilled with our success to date and we look forward to rolling out the Packa-Ching schools programme to educate and inspire South Africa’s youth.”