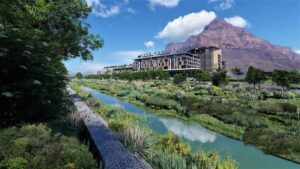 The R4.5-billion development at the River Club site in Observatory has been stopped, with a court ruling that the developers must “consult meaningfully” with all affected people.

The interim interdict granted by Western Cape deputy judge president Patricia Goliath, will remain in place pending a review of the relevant environmental land use authorisations for the development on the historically and culturally significant floodplain.

In her ruling, Judge Goliath said the fundamental right to culture and heritage of indigenous groups, particularly the Khoi and San First Nations People, was under threat because they had not been properly consulted.

“The order of this court must not be construed as a criticism against the development … The core consideration is the issue of proper and meaningful consultation with all affected First Nations Peoples,” she said. 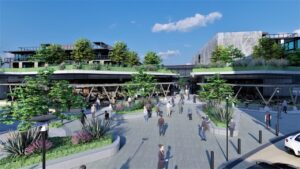 “The fact that the development has substantial economic, infrastructural and public benefits can never override the fundamental rights of First Nation Peoples.”

The development of a “large-scale urban campus”, on the site where the Liesbeek and Black Rivers join, began last year. It includes the regional headquarters for Amazon.

The site, which was bought by the trust for R12-million, forms part of a broader area known as Two Rivers Urban Park (TRUP), that was the dominion of the Gorinhaiqua and, according to the applicants, is the only undeveloped remnant of the grazing lands used in the summer by the Khoekhoe for their cattle. 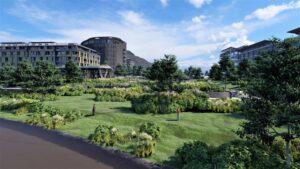 The applicants said the sites hosted “significant ceremonies and gatherings” and are “holders of memory”.

However, there were divisions within that grouping. A group in favour of the development was established under the umbrella of the First Nations Collective and the GKKITC terminated its engagement with Arendse during the consultation process.

There were further consultations directed by Heritage Western Cape which led to a report and multiple phases of public comments, which were overwhelmingly negative. 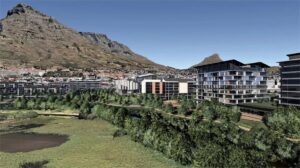 Environmental authorisation, which Heritage Western Cape objected to, was issued in August 2020.

In his affidavit before the court, GKKITC commissioner Tauriq Jenkins confirmed he had been interviewed by Arendse but said after the First Nations Collective was formed to support the development, those opposed were “vilified and abused.”

He believed Arendse had a conflict of interest and his report had elevated the First Nations Collective as the “authoritative voice” and downplayed the cultural significance of the River Club site.

The report referred to Goringhaicona in derogatory terms such as “drifters and outcasts,” while the group supporting the development had been described as “the traditional custodians of the historic landscape.” 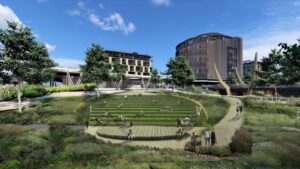 The developers, in opposing the interdict, said there had been meaningful consultation and public participation.

They said the community’s cultural aspirations for the site had been taken into account and the development included an indigenous garden for medicinal plants, a cultural and heritage media centre and a heritage eco-trail.

About 60% of the property would be open space, accessible to the public and the Liesbeek Canal would be rehabilitated.

They denied favouring the First Nations Collective or that having secured “manufactured consent”.

Any delay in the development could render it unviable, leading to job losses, the developers said.

The City of Cape Town was on side with the developer. It said any interdict would sabotage the only viable opportunity to protect and celebrate heritage resources on the site. 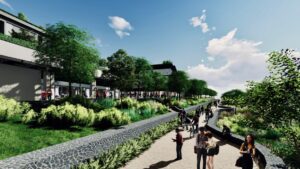 The City said that the economic benefits of the project were substantial, that the applicants had been given an opportunity to make comprehensive submissions and that they were not entitled to veto the development because they disagreed with it.

Judge Goliath, in her ruling, said the developers had sought to persuade the court that the project was supported by the majority of First Nations Groups through the First Nations Collective.

Jenkins had contested this.

The judge said Heritage Western Cape, in its view on the AFMAS report, expressed disquiet about the “ethics of the engagement”.

Other experts had agreed with this submission. 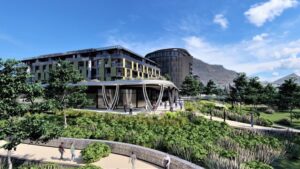 “I am mindful of the developers’ contention that their consultants made considerable efforts to engage with First Nations Groups. However, in my view, Arendse was conflicted and his position as an objective and trusted expert to facilitate meaningful consultations with those opposed to the development was compromised,” she said.

“It is evident from the papers that Arendse’s report created tensions and deep divisions in at least two First Nations Groups…the perception of Jenkins that Arendnse was biased was reasonable in the circumstances.

“Consequently the AFMAS River Club Reported is tainted…and I am satisfied that all affected First Nation Groups were not adequately consulted…and that those who were excluded may suffer irreparable harm should the construction continue pending review proceedings,” she said.

The judge gave permission for the parties to approach her for further directives to facilitate an expedited review.