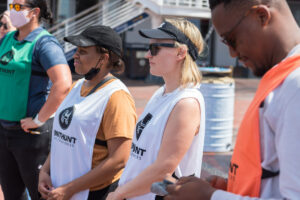 Save Our Schools non-profit organisation (SOSNPO) launched an educational fundraising campaign at the V&A Waterfront, Wishing Well for Communities, in celebration of World Water Day on Tuesday.

World Water Day is an annual UN observance day, which seeks to advocate for the responsible management of our water resources. This year, the theme was Groundwater, an invisible water resource which plays a significant role in sustaining humankind.

The launch of the 10-week campaign, sought to inform and raise awareness about groundwater, through an interactive, educational, fun activation, encouraging the public to locate the hidden wishing wells situated around the V&A Waterfront, whilst learning some valuable facts about groundwater.

Members of the public were also given an opportunity to support communities and spin the wishing wheel and win some great prizes from the likes of Hurley, Krispy Kreme, H&M, Edge for Men, Wellness Warehouse and Cape Union Mart. The donations received throughout this initiative will further community upliftment projects in Africa through the importance of access to water and sanitation projects. 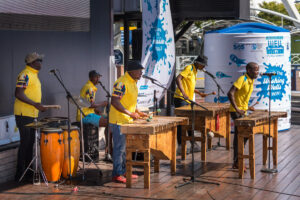 Over the coming weeks of the campaign, SOSNPO will organize groups of Grade 7 school children from the Bloekombos informal community, to be transported to the V&A Waterfront, to join the supporting partner HINTHUNT in finding the wishing wells and further the educational efforts about water and in particular, Groundwater. The learners will then be treated to lunch at Bootlegger Aquarium and a guided educational tour through the Aquarium, whom most have never had the opportunity to visit.

The World Water Day event saw a wide range of local entertainers donate their time to give the public a special day of fun and inspiring performances. The artists including Quinley Wild, Morgan Visser, Craig Hinds, Al Petersen and the Saxby Twins, among others, united to celebrate World Water Day and communicate the underlying message of making the invisible visible. The amazing and thoughtful artists were also joined by guest speakers from the City of Cape Town, Candice Lasher Scheepers who educated the audience on Cape Town Groundwater projects and followed by Industry specialist, Herman Smit, CEO of QFS, who shed light on the importance of groundwater for all of us.

Malawian water company entrepreneur of the year, MAYAMIKO NKOLOMA, congratulated the unique initiative and praised a united front for the future of water, with better technology and innovation for a better Africa for all. 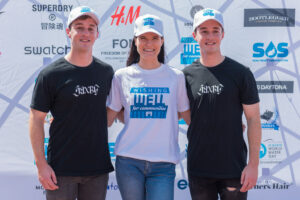 Almost all the liquid freshwater in the world is groundwater, and countless communities in Africa are dependent on groundwater. The Water Leadership Lunch hosted at Den Anker, welcomed water experts within their respective industries to share their views on groundwater and the innovative process they use to preserve this valuable resource. They all offered valuable insight into water conservation and sustainable groundwater management.

The Wishing Well campaign concludes on World Oceans Day, the 8th of June, where SOSNPO again will welcome a host of musical performances and the announcement of grand prize winners, for the Wishing Well for Communities competition, followed by a unique celebration of the many people protecting our global water resources. 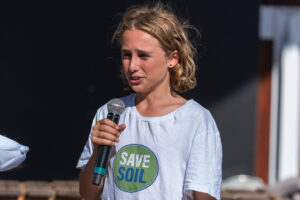