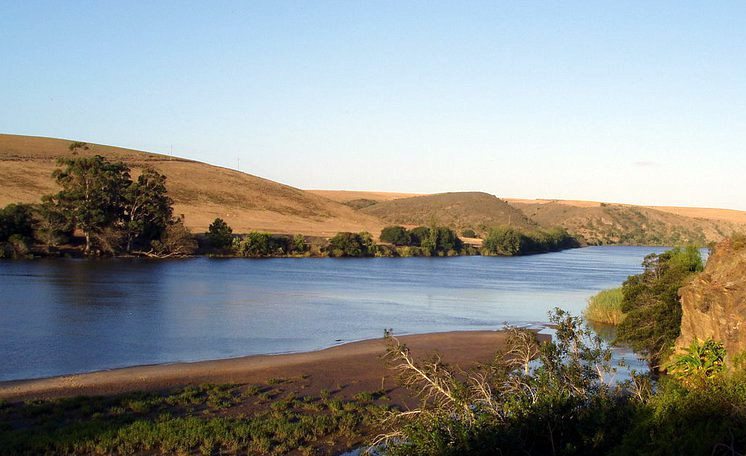 The Breede River. Each of the region’s four major river systems (the Breede, Berg, Olifants/Doring and Gouritz river systems) have a unique fish community, where 65% of fish fauna in the community are endemic to the Western Cape.

During the final session of the public participation process for the Western Cape’s Draft State of the Environment Report a summary of this important report was presented by Karen Shippey, Western Cape government Director of Sustainability. In the virtually empty provincial chambers sat a few stakeholders – the Green Times as only media and other civic bodies, NGOs and academics.

Nine aspects of the environment were evaluated and assessed, and compared to information released in the 2005 Western Cape State of Environment Report.

So what happened over the past 8 years to the Western Cape environment?

According to the Report the air quality seemed to remain stable, and possibly better than other provinces. Particulate matter is below the threshold, but is steadily increasing. Nitrogen oxide seems to be high in certain places and Green House gases are also slowly increasing. Pressures identified are transportation, domestic fuel burning and urbanization, which lead to the brown haze and a large carbon footprint. Plans for shifting transport have been devised with the challenge of implementation remaining.

We posed the question about when air quality was monitored. Do they for example test the air during the spraying season on the farms in the Winelands? Did they test the air the week before when the city sprayed toxic herbicides on all the curbs citywide and many people’s health was affected?

The environment is in a state of decline due to climate change, pressure mainly arising from energy and land use, transport emissions and the built environment. This has a damaging effect on local species and ecosystems, fisheries, water, agriculture and living conditions as disasters and extreme events increase.

A 1°C temperature increase is predicted by 2030, resulting in possible drying to the west and a shorter rainy season. It requires large scale change and the involvement of the private sector for long term intervention.

There has been progress in terms of constructing policies and frameworks, and those plans need implementation to strengthen eco-goods and reduce the demand on grid energy and transport. The province intends to promote micro generation. However, as the audience responded, currently home owners are not allowed grid tied micro generation, so this seems like an intention that is in practise blocked by the province.

The pressures driving biodiversity and ecosystem health are agriculture, increasing urbanization, invasion of 291 alien species and the warmer and drier provincial climate. This results in a loss of ecosystems that threaten the Western Cape’s natural health and resilience.

There are primary threats to indigenous fish and up to 70% of our freshwater fish are at risk. Plans to pursue extended conservation development and larger scale protected areas are in place, but this calls for immediate action.

Our inland water is under mounting pressure from invading alien species, and having to accommodate increasing human settlements and demand for agriculture. This demand is impacting heavily on ecosystems and our living conditions. Water is a threatened resource in the Western Cape and will be more so with escalating climate change.

There is incomplete information regarding who is using what water, and where. The province is planning to produce their next water source between 2017 and 2019. There are water losses up to 35% in the systems of some municipalities. This amounts to a deficit of 115 million cubic litres. Cape Town Metro Municipality is most competent in this regard.

We asked whether the province is also considering the Table Mountain catchment and natural water streams beneath the city, which currently runs into the ocean, as a possible source (championed by the Camissa Project). Patrick Dowling, WESSA Western Cape Head of Education, Training and Public Capacity Building, suggested considering alien clearing and curb development until the infrastructure is in place and has more rehabilitation initiatives. The Province has plans in place for water recycling initiatives and a new Berg River scheme promises a good supply system for the future.

Although the Blue Flag Beaches show our coastlines are in an acceptable state, Western Cape coastal regions and oceans are threatened by rising tourism, settlements and resource extraction both legal and illegal are disrupting coastal ecosystems and decreasing productivity. This calls for interventions from Coastal Management Plans, CAPE Estuaries Programme and coastal set back lines to implement protection plans, to enhance current sustainable programmes and involve Blue Flag in future conservation.

The present state of provincial land use is uncertain due to insufficient data. Soils in the province are of low quality, hence necessitating high fertiliser input. We noted that organic farming to build the soil was not mentioned. Ever increasing pressure from cultivation, urban growth, mining and possible warming ensuing climate change places strain on land resource. Action is being taken to install Provincial Spatial Development frameworks.

Although the volumes of waste are increasing, the management thereof is improving. There are now 13 materials recovery centres, where waste is sorted for recycling.  There are 6 planned and existing regional waste disposal sites. However, due to a rapidly increasing population, modernisation and consumerism escalating waste volumes are affecting land, air and water through contamination and causing health concerns. There is limited information available regarding waste disposal in landfills, due to an absence of effective monitoring systems at landfill sites.

There are some waste-to-energy initiatives, and Industrial Symbiosis is being promoted by the Green Cape. This is the sharing of services, utilities and by-product resources among industries in order to add value, reduce costs and improve the environment.  Ideas were put forward by the audience to introduce a waste disposal cap and tax, as seen in Europe, and constraints were also identified like the lack of enforcement.

Our opinion is that the word ‘waste’ should be scrapped from the government’s vocabulary to be replaced with ‘materials,’ which remain in the system to be transformed and reused.

The Western Cape’s energy usage is growing alongside the population and emerging consumerism. The effects are illustrated by the increasing carbon footprint and declining air quality caused by generating more energy to cater for the demand of human usage and mining.

The challenge is that we are dependent on grid energy and private sector initiatives which prohibit a move toward generating sustainable, self sufficient energy. In spite of this there is a drive for renewable energy and to construct innovative energy generating plants. There are Green Economy Initiatives, Green Cape and IPP energy programmes in place, hoping to facilitate the shift from grid-based energy to renewable sources.

Human settlements programmes in the province seem to be delivering and improving, says the Report. Our population has increased from 14.3% of the country in 1996 to 28.3% in 2011. Informal settlement housing has increased by 2% from 2001 to 2011. Urbanization places strain on the government to deliver new housing and facilities, and avoid impinging on limited local resources, compromising ecosystems and increasing pollution and waste. Although service delivery has grown parallel to urban migration, there is a demand for integrated planning and a higher delivery rate  to manage the housing backlog of 400 000 units.

There has been a good housing delivery system which has improved to keep up with population growth. There has also been an improvement in blue drop and green drop delivery and the province plans for incremental housing delivery, green buildings and improved disaster risk responses for the increasing extreme weather patterns in the Western Cape.

The net increase in human population in the province between 2006 and 2011 was 95 600 people. Andrew Fleming, Senior Researcher, Cape Town Partnership, commented on the Report and particularly the Human Settlements section in the following way:

“The State of the Environment Report is a very important gauge on how well our Province is doing in terms of many factors. Most importantly, it begins to highlight the relationship that people have with the environment: How things like housing, transportation, and social development all come together to create multi-dimensional impacts on the environment.

One of the most interesting points from the report was its emphasis on human settlements. The report points us in the right direction in terms of what to look at, but to better understand the environmental impacts of developmental themes like sanitation, densification, urban sprawl, and housing inequality, we need to make sure we work in partnership with government, NGOs, citizen groups, and private sector to ensure an environmentally and socially responsible way forward.

“Statistics measure overall levels of implementation; however the lived realities of people on the ground often reflect a very different story.  We need to question whether we can say that the quality of human settlements has improved, when we still have people with inadequate access to sanitation in our cities, and developmental plans that do not promote the City’s focus on responsible densification embodied in the Spatial Development Framework.

As this report grows, it will be critical to make sure that it also continues to build on the people-centred nature of environmental impacts, and offers real-time examples for politicians to understand that the policies they enact have very real and tangible outcomes.”

Part of a broader process for sustainability

The Report is part of a broader process aimed at achieving sustainable resource management through providing accurate and relevant information to the correct target audience and influencing decisions through effective communication.

“How has this worked in the past and what decisions indicate this intention?” asked Patrick Dowling.

Each interaction in the Report cycle consequently allows for ongoing analyses of trends and indicates the success or failure of efforts to shift towards more sustainable development and living patterns.

“Do the declines not indicate cumulative impact and a documentary of descent?” asked Patrick Dowling.

If we want to ensure that the Report contains inputs from all the myriad of environmental initiatives taking place in our green province, it is essential that contributions from all are included in it. It also reveals the hard work that lies ahead and confirms to us again how  nothing short of total collaboration between all those concerned will make it possible for us to deal with rising challenges going forward.

By Elma Pollard and Soninke Combrinck