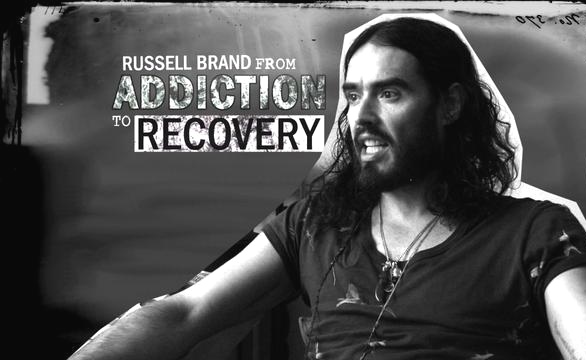 The Cape Town Recovery Film Festival sets out to entertain as well as inform and educate, which is why we are delighted to add some live music, poetry readings and DJ’s to this year’s mix.

The Festival opening night (Thursday 25 September) will see the South African premiere of Russell Brand’s inspiring film From Addiction To Recovery. Brand is internationally recognised as a positive voice for addiction treatment and recovery, and this film aims to carry that positive message to as wide an audience as possible.

Other Festival highlights include: 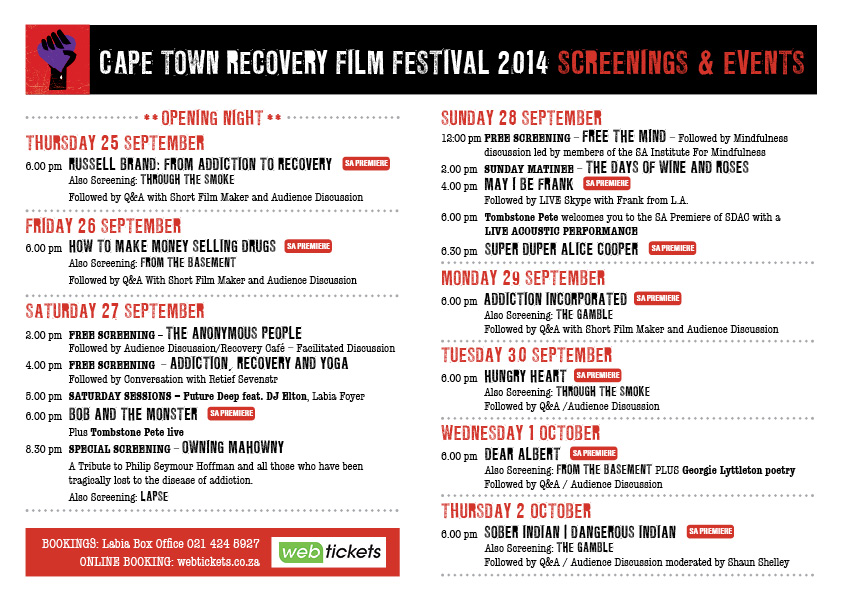 Tickets for the Cape Town screenings can be reserved by calling the Labia box office (021 424 5927) or purchased online here .

The Cape Town Recovery Film Festival is a project of While You Were Sleeping, a Cape Town-based non-profit collective committed to bringing progressive documentary films with important social, political and environmental messages to South African audiences. While You Were Sleeping is a registered South African Non Profit Organisation (NPO registration no: 137-167 NPO).