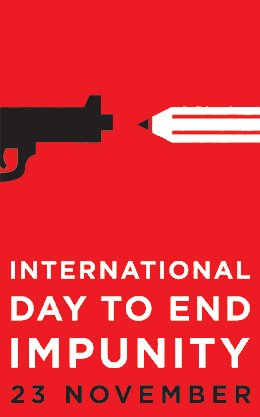 The End Impunity campaign is a yearly global initiative to demand accountability for the journalists, media workers, activists, lawyers and many others who have been targeted for exercising their right to freedom of expression, and empower organisations, government bodies and individuals to help dismantle systems of impunity around the world.

How did the campaign start?

In November 2011, IFEX launched its inaugural campaign to end impunity, after the IFEX membership identified the issue of impunity as a major obstacle to freedom of expression.

The campaign drew global attention to unresolved cases of aggression against individuals who were simply exercising their free expression rights and marked, on 23 November, the anniversary of the 2009 Maguindanao, Ampatuan massacre, when 58 people – including 32 journalists and media workers – were murdered in the Philippines. To date, none of the perpetrators have been brought to justice.

Since the first year, there have been notable developments in the global campaign against impunity. In December 2013, the United Nations passed a Resolution on the safety of journalists, and declared 2 November the International Day to End Impunity for Crimes against Journalists.

What are the 2014 campaign activities? 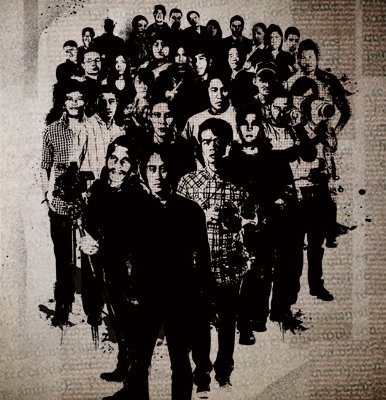 Head over to the official website for more info.