The Ghosts in Our Machine 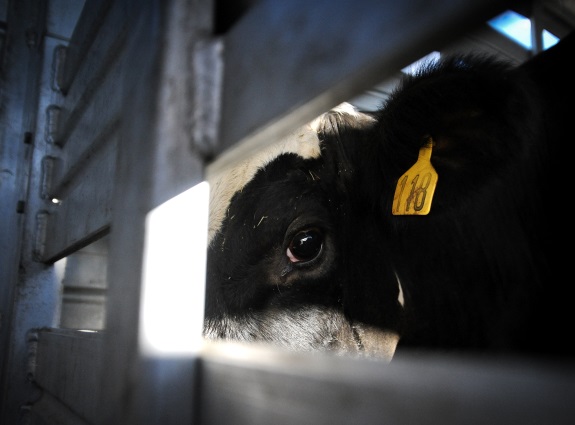 While You Were Sleeping are excited to announce special exclusive screenings of the critically acclaimed new documentary THE GHOSTS IN OUR MACHINE at The Labia Theatre, Cape Town.

THE GHOSTS IN OUR MACHINE is a multi-award winning consciousness raising documentary that gently reveals one of the most haunting moral dilemmas of our modern world. While the provocative film BLACKFISH made waves for exposing the consequences of keeping orcas in captivity, GHOSTS illuminates the plight of many other animals rescued from and living within the machine of our modern world, from captive foxes to rescued dairy cows.

Award-winning filmmaker Liz Marshall directs this visually arresting documentary through the heart and lens of photojournalist Jo-Anne McArthur. The film follows
Jo-Anne over the course of a year as she documents several animal stories in parts of Canada, the U.S. and in Europe. Each story and photograph is a window into global animal industries: Food; Fashion; Entertainment and Biomedical Research.

This screening is proudly hosted by While You Were Sleeping. 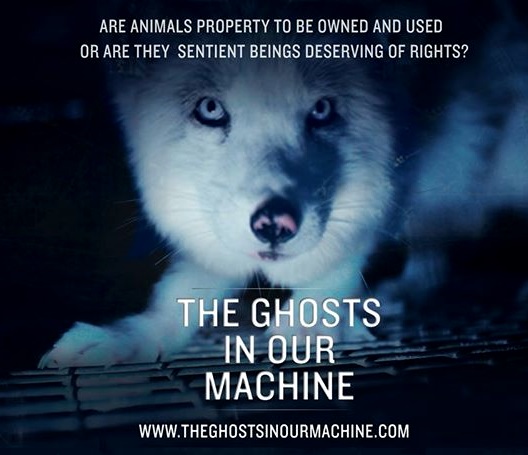 Quotes about the film

Haunting beauty…Ghosts is urging us to rethink our relationship with the animal population — what they owe us, what we owe them.
– Betsy Sharkey, Los Angeles Times

A film whose sense of urgency and purpose is utterly engrossing.
– Ernest Hardy, Village Voice

This is a masterful film. It should be essential viewing for everyone.
– James Cromwell, Actor

Liz Marshall is a multi-award winning auteur filmmaker (Director, Writer, Producer) and a cross-platform creator who fuses character-driven cinematic storytelling with social and environmental justice issues. Since the 90s she has created a body of eleven (11) documentaries shot all over the world that focus on a range of subjects including: animal rights; the right to water movement; HIV/AIDS in sub-Saharan Africa; sweatshop labour; corporate-globalization; gender; censorship affecting writers and journalists and war-affected children. Liz is well versed in the art of conceptual point-of-view storytelling as a means of exploring complex issues.

More info about the film can be found here: