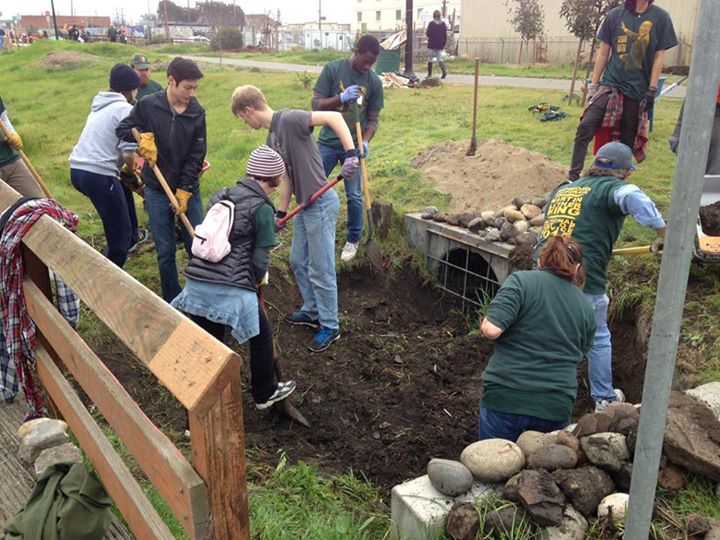 Cape Town’s fresh water supply is under major threat and according to the Department of Water and Sanitation (DWS) most analysts predict that South Africa’s water demand will outstrip its supply by 2025. Already the demand for water has overtaken supply in 60% of South Africa’s water management systems. However, according to water scientists, changing our everyday behaviour can help to alleviate the pressure put on our reserves due to climate change, pollution, and outdated infrastructure.

During National Water Week (16-22 March), an exciting new event, The Watershed Festival, hopes to restore the public’s appreciation of clean and accessible drinking water, reminding them of its worth, scarcity and the absence of a substitute.

Thanks to the team at the Watershed Project, a Cape Town based NPO, and main sponsor, Woolworths, the festival will present a series of local and internationally acclaimed films documenting water in all its beautiful forms. Other events taking place will see families and water sport enthusiasts enjoying Princess Vlei, one of Cape Town’s most historic vleis, for a day of water fun. The Friends of the Liesbeek public awareness group are hosting a family walk along its banks to share the beauty of this urban stream that runs from Table Mountain above Kirstenbosch to the Atlantic Ocean.

“Woolworths depends on water to grow our food and make our clothes. In a water scarce country like ours, we have to make every effort to conserve the water we have. We’re trying hard to do that as a key part of our Good Business Journey, working with our suppliers, employees and customers. Raising awareness about water issues is crucial for our business and our country. This is why we support the Watershed festival as it includes a broad range of schools, communities and the public in getting involved with the issues we face.” Justin Smith, Head of Sustainability at Woolworths. 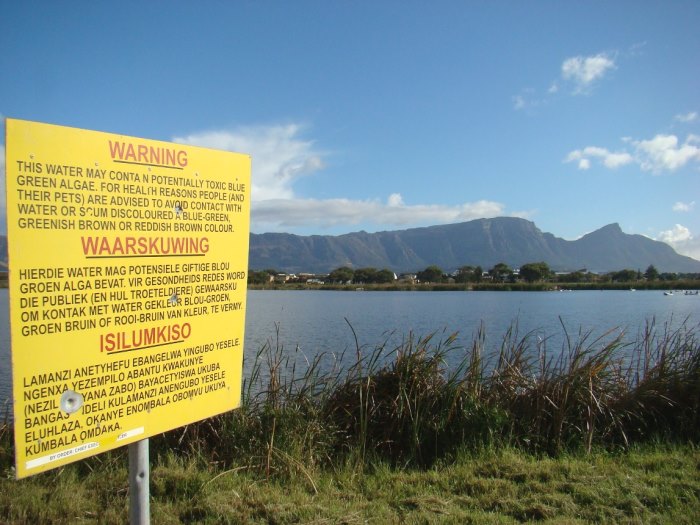 The Watershed Festival hopes to create increased awareness of the Cape and South Africa’s water crisis. With dams currently at 69% capacity, all it will take to literally run on empty is a few consecutive winters with less than expected rainfall thanks to climate change. Forty percent of our waste water treatment facilities are in a critical state and in need of an upgrade, having outlived their 30 year life span by a decade or so. South Africa loses 37% of clean, drinkable water through leaking pipes and dripping taps every year, while increasing pollution due to rapidly expanding urban areas and illegal dumping add to the crisis.

The severity of the situation goes mostly unnoticed by the public for a number of reasons:

The public and all businesses, big and small, need to be aware that every little bit they do in their daily activities counts towards conserving our city’s fresh water supply, like fixing all leaky taps, shortening the time spent in the shower, disposing household waste correctly, installing water saving devices in your home and at the office, refilling water bottles at mountain springs or city drinking fountains, never over watering the garden, and never disposing of paint, motor oil or swimming pool backwash down a storm water drain. This is particularly important right now when the DWS depends heavily on Eskom’s limited electricity supply to clean our waste water. 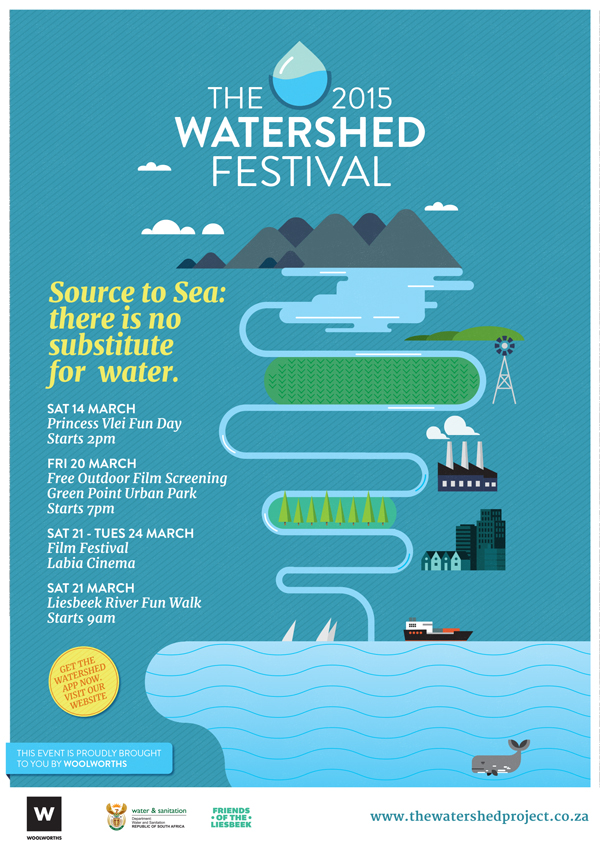 The Watershed Festival kicks off on Saturday 14 March, with a Family Fun Day at Princess Vlei, offering an array of recreational water sports for visitors to enjoy. On Friday 20 March, film lovers can enjoy a FREE outdoor screening of local and internationally acclaimed documentary films about water at the Green Point Urban Park from 7pm.

The film festival then moves indoors to South Africa’s oldest independent art-repertory cinema, the Labia Theatre on Orange Street and runs from Saturday 21 March to Tuesday 24 March. On Saturday 21 March, the Friends of the Liesbeek public awareness group are hosting a guided bird-watching and family walk along the banks of the river.