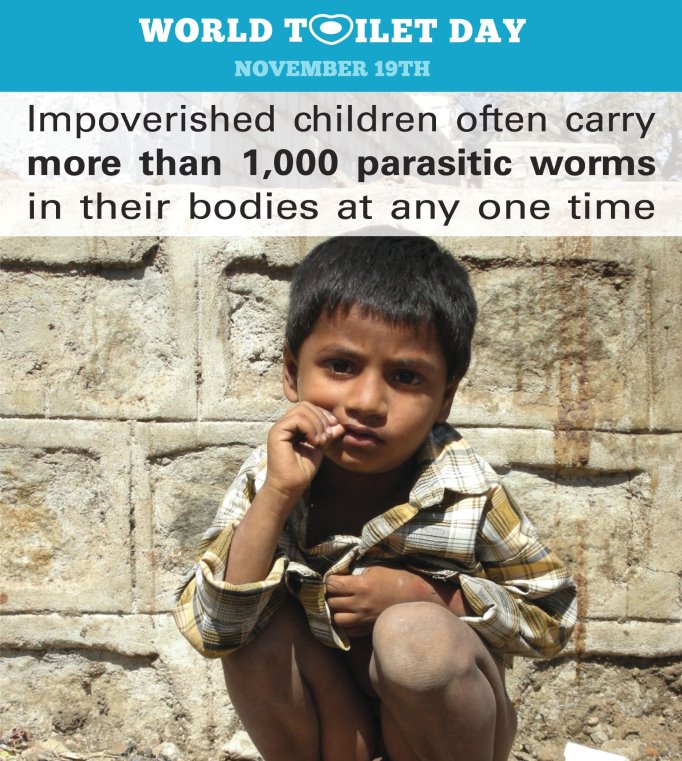 While a vast majority of the world’s population has access to mobile phones, one third of humanity (2.5 billion people) do not have access to proper sanitation, including toilets or latrines, with dramatic consequences on human health, dignity and security, the environment, and social and economic development.

To address these issues, the “Sanitation for All” Resolution (A/RES/67/291) was adopted by the United Nations General Assembly in July 2013, designating 19 November as World Toilet Day.

The lack of improved sanitation largely contributes to the fact that almost 2,000 children die every day from preventable diarrhoeal diseases. It also impacts vulnerable populations such as persons with disabilities and women, who are more exposed to sexual violence. Lack of private toilets in schools is a major reason why girls do not continue their education once they enter puberty.

The World Toilet Organization was founded on 19 November 2001 and the inaugural World Toilet Summit was held on the same day in Singapore.

As it was the first global summit of its kind, it was decided that an international day to cherish and celebrate toilets was needed. With the aim to draw global attention to the sanitation crisis, World Toilet Day was established. 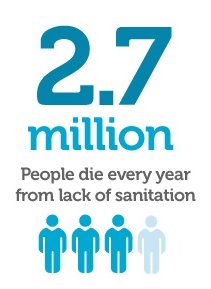 Its genesis was met with mixed reactions – amusement, ridicule, laughter and support – yet World Toilet Day continues to promote discourse and debate on toilets and sanitation.

The ‘silent’ sanitation crisis is a ticking time bomb which affects billions of people around the world. When the World Toilet Organization was founded in 2001, the subject of sanitation received little media attention and it was severely neglected on the global development agenda.

The organization’s approach of mixing humour with serious facts resonated with people around the world. By designating a special day to celebrate the importance of toilets in our lives, World Toilet Day serves as a reminder of the struggles faced by billions of people who still lack access to improved sanitation.
Impact

Since its inception in 2001, World Toilet Day is celebrated globally by NGOs, UN agencies, the private sector, civil society organizations and the international community.

In 2013, a joint initiative between the Government of Singapore and the World Toilet Organization led to Singapore’s first UN resolution, entitled “Sanitation for All”, calling for collective action to address the global sanitation crisis through the commemoration of World Toilet Day. The resolution was co-sponsored and adopted by 122 countries at the 67th session of the UN General Assembly in New York. On July 24, 2013, World Toilet Day became an official UN day.