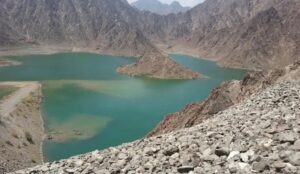 This day marks the date of the adoption of the Convention on Wetlands on 2 February 1971, in the Iranian city of Ramsar on the shores of the Caspian Sea.

Each year since 1997, the Ramsar Secretariat has provided materials to help raise public awareness about the importance and value of wetlands.

South Africa signed the Ramsar Convention in 1971 at its inception and the membership was formalised in 1975 when South Africa ratified the Convention and became the fifth contracting party.

One of the obligations of the Contracting Parties to the Ramsar Convention is to commemorate the World Wetlands Day (WWD).

South Africa is a water scarce country, and the water in many streams is polluted. Both droughts and floods are common. In this regards, wetlands play a vital role by removing toxic substances and sediment from the water, while also improving downstream water quality and the overall health of communities.

Wetlands are able to reduce the severity of droughts and floods by regulating stream flow. They also help to purify water and provide habitat for many different plants and animals. Besides these indirect benefits to society, wetlands provide many direct benefits in the form of resources such as fibre for making crafts as well as recreational opportunities.

However, lack of community awareness on the value and benefits of wetlands often leads to their transformation by humans.