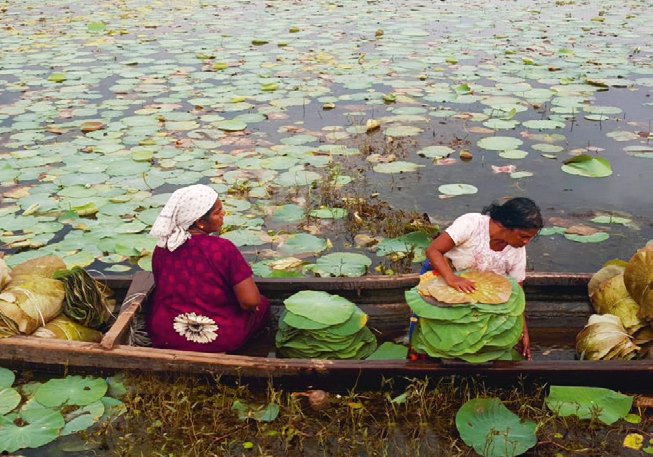 World Wetlands Day is annually held on February 2 to celebrate how wetlands, which are lands saturated by water, help maintain biodiversity on Earth.

This day marks the date of the adoption of the Convention on Wetlands on 2 February 1971, in the Iranian city of Ramsar on the shores of the Caspian Sea. The convention is a treaty on the preservation and sustainable use of wetlands

Since 1997, the Ramsar Secretariat has provided outreach materials to help raise public awareness about the importance and value of wetlands.

Wetlands are found near the sea or inland and can be seasonal – they are water logged only during parts of the year, or perennial. 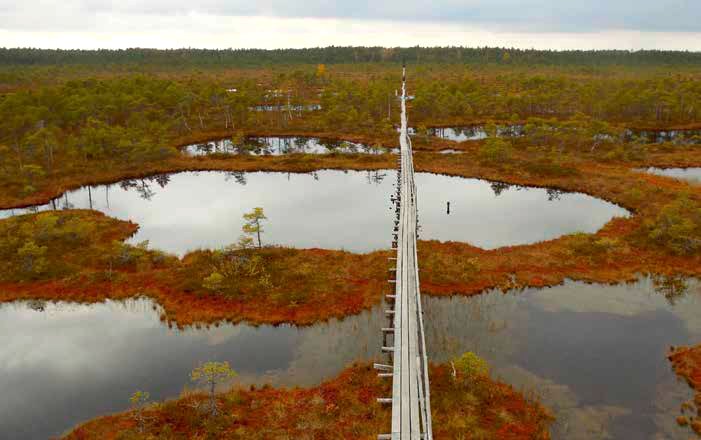 Peatlands are water-saturated lands containing decomposed plant material up to 30 meters deep that has accumulated over time. They cover 3% of the earth’s land surface, and store more than twice as much carbon as all of the world’s forests combined.

They play a crucial role in the ecosystem by: 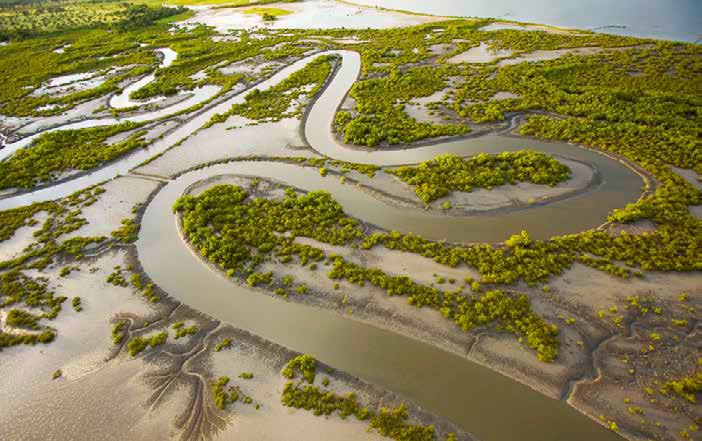 Over time, rivers and streams meander to create wide, silted floodplains. If these are left intact- with their related inland lakes and swamps – they can act as a giant reservoir. During sudden floods, they can spread and store flood water over a wide area, reducing damage downstream.

‘Wetlands for Disaster Risk Reduction’ is this year’s theme. It was selected to raise awareness and highlight the vital roles of healthy wetlands in reducing the impacts of extreme events such as floods, droughts and cyclones on communities, and in helping to build resilience.

Governments, community groups, and individuals around the world celebrate World Wetlands Day with special campaigns to promote the important value that the wetlands play in our lives. The day is promoted via social media, radio and TV broadcasts, and newspapers. 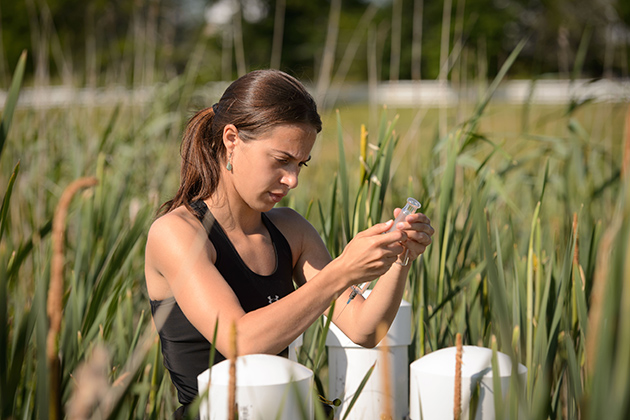 Emily McInerney takes air samples from a wetland, as part of her research on the role of wetlands as a producer of greenhouse gases. Image: Peter Morenus/UConn Photo

Outreach material to support World Wetlands Day 2017 and raise awareness about the value of wetlands for humanity can be found here.