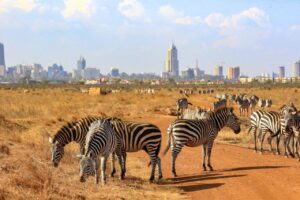 Out of 354 South African companies assessed by the Endangered Wildlife Trust for their performance towards reducing their impacts on biodiversity, only 79 even recognise biodiversity as a material issue, indicating that much work needs to be done to gear up South African corporates to understand the critical role of nature-based capital in their supply chains.

The EWT’s National Biodiversity and Business Network assessed the biodiversity mainstreaming performance of the target organisations according to eight key questions, reflecting the steps for companies to follow to effectively mainstream biodiversity into their activities.
This assessment was conducted in 2020-21 using publicly available information, including company websites and 2020 annual reports (e.g. annual integrated reports, sustainability reports). Each company was contacted electronically to offer them the opportunity to review their results and share any additional information if warranted.

Since 2018, there have been incremental increases to average scores across all questions, indicating slight improvements in a small number of companies providing statements that explain their interactions with biodiversity, but average scores remain worryingly low overall: i.e. less than one out of a maximum average of four.

For the companies that have recognised biodiversity as a material issue and are addressing the associated risks and challenges, few have assessed their biodiversity footprints and developed comprehensive strategies with targets and KPIs. 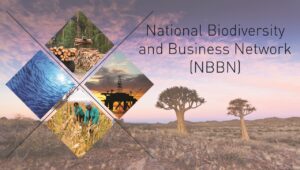 The Basic Resources Sector is again taking the lead in biodiversity policies as the only sector with more than 50% of companies demonstrating evidence of biodiversity mainstreaming (i.e. any total score above 0). The finance sector, comprising 63 companies, had the lowest biodiversity performance. This lack of recognition of biodiversity risks and impacts by the financial sector is concerning since biodiversity loss is enabled by financing impactful companies and projects such as big infrastructure or oil and gas.

Over half the world’s total GDP is moderately or highly dependent on nature and its services, and the World Economic Forum’s 2020 Global Risks Report ranks biodiversity loss and ecosystem collapse among the top five threats humanity will face in the next ten years. The private sector is one of the main drivers of the biodiversity crisis, and as a country blessed with irreplaceable biodiversity, this report highlights the need for action.

It is time for corporates in South Africa to develop biodiversity impact inventories to measure their biodiversity footprints, set science-based targets to reduce their negative footprints and invest in biodiversity conservation and restoration. Businesses can be part of the global movement to protect and restore nature, but they urgently need to make it part of their agenda.

Companies would not operate without nature, yet these results show that very few companies realise that intact ecosystems and the services they provide are critical to their continued functioning and growth. The NBBN has published mainstreaming guidelines to help guide companies in the disclosure process.

Founded in 1973, the Endangered Wildlife Trust is driven by a team of passionate and dedicated conservationists working through 13 specialised programmes across southern and East Africa, each falling under one of our three key strategic pillars: Saving species, conserving habitats, and benefitting people.

The National Biodiversity and Business Network (NBBN) aims to promote biodiversity conservation by working with businesses to provide solutions that mitigate their impacts and provide opportunities to ensure sustainable business practices. Our network aims to assist businesses to develop and disseminate relevant tools and guidelines while sharing experiences in an African context.