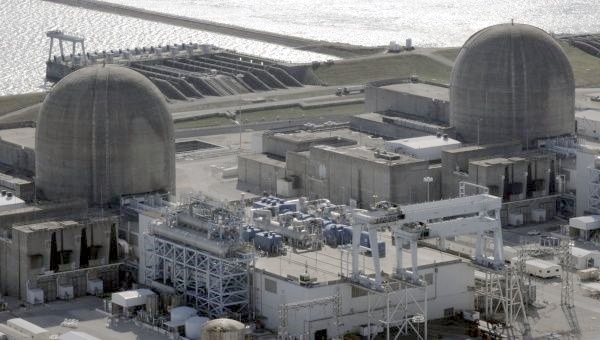 In the midst of Tropical Storm Harvey’s drenching onslaught, energy watchdogs are sounding the alarm over the continued operation of two nuclear reactors in East Texas that are running at full capacity despite what they claim is the clear potential for a major disaster.

Located near Bay City, Texas, the reactors belong to the South Texas Project, a 12,200-acre nuclear power complex that risks being flooded as water pours across the region, threatening the embankment wall shielding the power plant.

“Both the U.S. Nuclear Regulatory Commission and the STP operator have previously recognized a credible threat of a severe accident initiated by a breach of the embankment wall that surrounds the 7,000-acre reactor cooling water reservoir,” said Paul Gunter, director of the Reactor Oversight Project with Beyond Nuclear in Takoma Park, Maryland.

Beyond Nuclear is one of three groups calling for an immediate shutdown of the twin reactors in case the embankment wall surrounding the plant is breached, which could lead to electrical fires and “cascading events” could result in an accident that threatens major core damage, according to the advocates.

“However remote, it’s simply prudent that the operator put this reactor into its safest condition, cold shutdown,” Gunter said.

Some fear the threat of a new Fukushima-style disaster, which would turn the South Texas Project – touted as one of the most modern and efficient power plants in the country – into a life-threatening liability, especially as the nearby Colorado River flows at 70 times the normal rate.

“We should do all we can to prevent such a mistake,” said Karen Hadden, director of the Sustainable Energy & Economic Development SEED Coalition “Flood waters reaching the nuclear reactors could make operations increasingly dangerous and the rains are expected to continue. There is plenty of reserve capacity on our electric grid, so we don’t have to run the reactors in order to keep the lights on.”

A spokesman for the nuclear plant feels that such fears are unfounded. The STP says it implemented its severe weather plan and completed hurricane preparations August 25.

“We’ve got significant rain but flooding has not been an issue here,” spokesman Buddy Eller told Reuters in a phone call about the reactors, located 90 miles southwest of Houston. Eller said 250 “storm crew” workers were running the plant and did not have to venture out into the storm after work shifts because there are beds on site.

Personnel from the U.S. Nuclear Regulatory Commission, NRC, are also at the plant, assessing storm conditions.

“The South Texas Project reactors have been operating safely throughout Harvey and continue to do so,” NRC spokesman Scott Burnell said in an email.