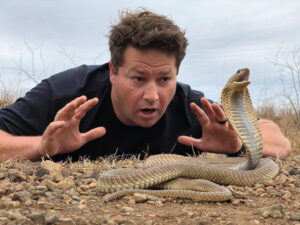 Known as South Africa’s ‘Steve Irwin’, Dingo Dinkelman has fast become a household name on the global conservation platform through daring wildlife videos, death-defying escapades and genuine love for all wildlife. And while Dingo supports all conservation efforts worldwide, he believes there needs to be a fundamental shift in tactics right now if there’s any hope of saving the natural world.

“Our traditional methods of conservation of being quiet, reserved, scared of making a mistake and generally slow to act are simply drowning in an ocean of online streaming chaos,” explained the KZN-based conservationist.

“Simply put, we will not save our animals nor the incredible ecosystems within which they live if we quietly spectate while they go over the precipice of extinction.”

Since 2017, Dingo and his team have gained a massive international following and generated funds for numerous conservation efforts in the country. He believes this has been achieved by adopting three strategies. 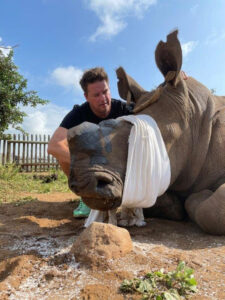 “We live in a fast-paced world where whatever is the loudest, flashiest or most entertaining will get the attention of the general public,” explained Dingo. Empowered with this knowledge, Dingo and his team have created captivating wildlife videos through his YouTube channel, gaining in excess of 75 million views and amassing more than 400 000 followers around the globe.

“Over 75 million people have viewed our videos over the last three years and the majority of comments we have received from these viewers are along the lines of ‘I once hated snakes now I respect them’ or ‘I once thought the only good snake was a dead one, but now I save them and don’t kill them’. This is what we’re looking to achieve – converting the unconverted. There’s no point adopting an approach that caters to those with an affinity for the natural world, we need to be bringing in a whole new audience.” 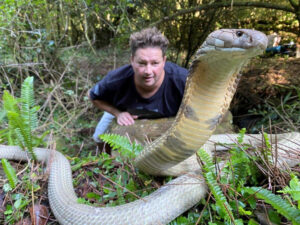 “Conservation for me is all about one thing – it’s about building a connection between animals and people. If you can get a person to build a meaningful connection with an animal, whether it’s through an experience, through a show, or through an encounter, you can basically guarantee the security of animals whenever that person is involved going forward,” said Dingo.

“That’s why everything I do – every video, every series, every interview, every public demonstration, every training session – is all about bringing people to a place where they will see these animals in a different light and where a connection can be built.” 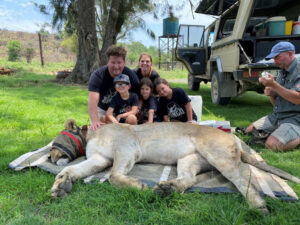 Dingo understands that no real impact can be made in conservation without drawing on the existing pool of knowledge and resources while working towards a common goal.

“True conservation can only be achieved by a collaboration of wildlife individuals and entities that recognise that they all have a unique and recognised role to play in conservation,” he continued.

“A good example is the collaboration we have with Toyota South Africa which fully supports our conservation initiatives. We need companies, individuals, conservationists, the media … everyone to come together if we really are going to make a real difference to our planet. 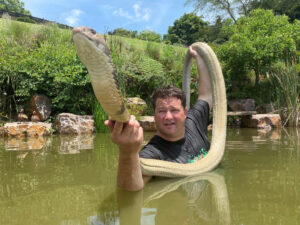 “The danger comes in when people establish themselves as self-appointed authorities on conservation in Africa. I fear they will one day look back and be haunted by how small their impact really was. The time for stiff-necked conservationists who see their method as the only way to create change is over. Our natural world can only be saved if everyone comes together to make the difference that only they can make.”

Through his ongoing wildlife videos, talks and demonstrations, Dingo is seeing results, but feels that so much more needs to be done to make any meaningful impact. 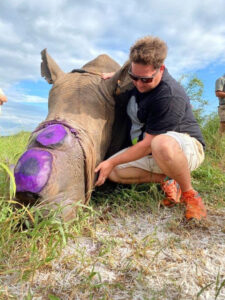 “I need these animals and our conservation message to cut through the chaos of people’s modern-day life,” commented Dingo. “To reach those who right now couldn’t give a hoot about sharks or lions or crocodiles or rhinos or snakes. Those that are so consumed with our everyday lives, that unless it’s flashy, entertaining and in their face, they will never give our wildlife and wild places a second thought. That is who I am trying to reach. That is how I can make a difference, and that is why we do everything we do.” 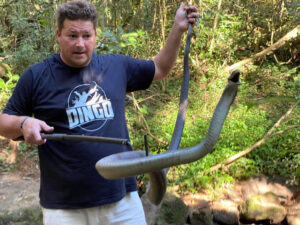