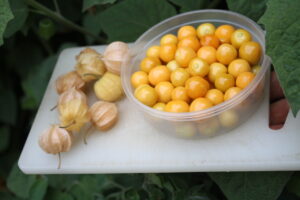 According to UNESCO, the global demand for food will increase by 50% between 2012 and 2050, driven by population growth. Given the uncertain times in which we live, it is highly unlikely agriculture will be able to provide this food. Fertiliser prices have surged and become unaffordable to many farmers.

They also predict that we will need 50% more water, in part to provide for this increase in food production, and that too current methods will not be able to supply.

Even prior to Covid, and the war in the grain lands of Eastern Europe, 10% of the world’s population, 750 million people, were already faced with severe levels of food insecurity. 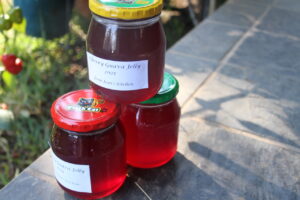 Covid seriously affected the food supply chains. The Ukraine was supplying 4-5 million tons of grain per month, but it’s now down to 5% of that according to Mykola Solskyi, Ukraine’s minister of agriculture. In addition planting this spring of wheat, maize and sunflowers in both Russia and Ukraine will certainly be severely disrupted.

UNESCO’S aim of “ending hunger, achieving food security and improving nutrition and promoting sustainable agriculture” by 2030 simply cannot and will not be achieved.

A point worth raising here is UNESCO’s aim of “improving nutrition.” Their aim is not just to produce food, but good food. Counter to this is that many housewives are demanding “ready-to-eat” meals and a broad acceptance across society that the basic food basket should contain cake flour, white rice, sugar and highly refined maizemeal; that means processing and loss of nutrients.

In the face of this, a recent study in South Africa found that nearly 80% of packaged foods in our grocery stores are “ultra-processed;” extremely unhealthy. Whole foods right now are very expensive, and the press is full of predictions from all sides that large price hikes are in the offing; the 12 months March 2021 to March 2022 saw a 10.2% increase in the price of the basic food basket according to PMBEJD. 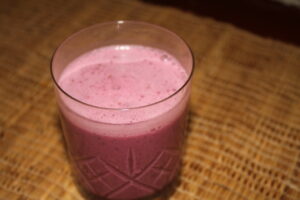 Basic foods like whole grains, wheat, maize and oats, and soya do not have a lot of market value; food companies are unable to do big markups, and there’s little profit in selling these raw products. So they process them, remove the goodness which is sold to the animal feed companies and much of the food on supermarket shelves is nutritionless, tasteless and ultra-processed. To make it palatable, large amounts of salt, sugar and hydrogenated fats have to be added.

The net result, even prior to Covid and the war in Eastern Europe, is that already nearly a third of South African children are permanently mentally and/or physically stunted. The knock-on effect on the workforce is profound; sickly, mentally-challenged people do not make good workers. South Africa is already the most unhealthy nation on earth according to certain criteria.

According to the press, children are literally dying of starvation in the Eastern Cape, and malnutrition is ravaging many parts of South Africa; it’s all set to get a lot worse. UN Secretary General Antonio Guterres warned this week that disruption to Ukraine and Russia’s agricultural exports would increase world hunger. 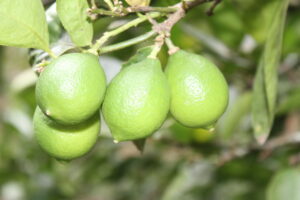 In the face of this doom and gloom, how do South Africans make themselves resilient to this unfolding tragedy? The world over, people are turning to growing their own food. They are digging up their lawns, planting fruit trees and vegetables. Organic food is in, Roundup-ready is out. Rightly so, people are becoming aware of the dangers posed by the residues of toxic poisons used by agriculture in their food.

In part I of this series, it was pointed out that adequate water was absolutely vital to provide irrigation for home gardens; and that an underground reservoir to harvest rainwater was the cheapest and best way to go.

In part II, growing mountains of food in the garden, focus will first be on fresh fruit, year-round. In subsequent articles that will shift to vegetables and whole grains.

Research has shown that mothers have found that their choices of fresh, healthy food are extremely limited; and this particularly applies to fruit. This comes as no surprise. The supply chain moving apples from the Western Cape, bananas from the Lowveld and pineapples from the Eastern Cape to all parts of South Africa is very expensive, and given the massive increase in the price of fuel is certain to be exacerbated. The solution: growing our own fruit; it’s not difficult.

Where to begin obviously depends entirely on where one lives. Added to this is the complication that there is almost no indigenous fruit in South Africa and some of what follows will include fruit that may be invasive in certain areas, causing conflict of interest. In the face of the acute starvation and malnutrition of South Africans, hungry families probably have little choice in the matter. Nevertheless, one could not recommend planting a cherry guava, a marvellous fruit, in the Lowveld; it is listed in the world’s 100 most invasive plants. But at altitude it is perfect safe.

Jeremiah Ondonga Asaka makes a strong case for distinguishing between alien species that are extremely destructive to the environment, and those that bring clear benefits.

Here is a sample of fruit bushes and trees that could be planted in a climate similar to the Midlands of KwaZulu-Natal: 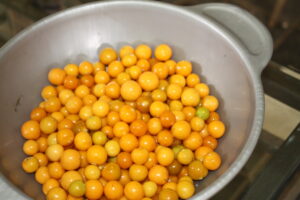 Gooseberries are the easiest plants to grow, and will provide abundant nutritious fruit within six months. Plants are easy to acquire, and inexpensive; they will self-sow and a continuing supply over the years at no extra cost is assured. They fruit for more than half the year; one can anticipate a daily supply of free fruit for many months.

In addition, they could be the start of an effective small home business. Gooseberry jam is in high demand, and is simple to make. A patch 5m square would make a great start. 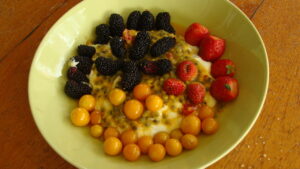 Mulberries bear abundantly for about six weeks, blueberries for two months, strawberries, blackberries, all can be easily grown by the home gardener. They bear in the summer so water for irrigation is not essential except in winter rainfall regions. 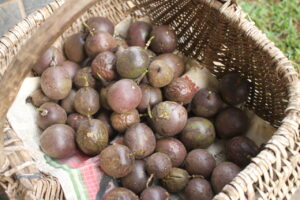 ‘Passion fruit’ will provide a steady supply of fresh fruit in the garden for six months in a good season. Grown up a tree to climb is best; any excess will sell at premium prices at a farmers’ market. They do require water during dry periods in summer for a large yield. 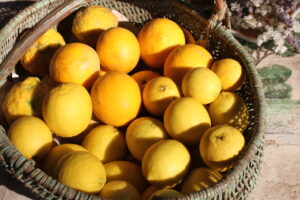 The old adage of plant a lemon or lime the day you move into a new house still applies. Adding to that an orange, grapefruit and naartje would always be good.

An avocado will start to produce about 50 plus of the fruit in the third or fourth year, increasing to more than 500, though alternate years may be less; annual pruning of one large branch and the use of vermileachate is of huge value in providing a good annual crop. It is best to plant two varieties, say a Hass and a Fuerte; they bear at different times and will cross-pollinate. 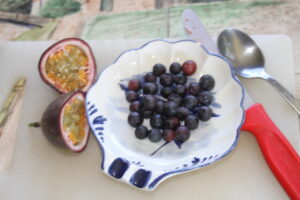 A cherry guava seedling can usually be acquired from a friend at no cost and will produce an abundance of rather tart but delicious, nutritious fruit for several months. It makes the very best jelly of all fruit. Do not plant them in the Lowveld.

Not included is the Western Cape fruit, nor coastal fruit like pawpaws and bananas.

There is no reason not to have fresh fruit virtually all year round from the home garden. The cost for all these seedlings might be R1,000; thereafter free fruit daily for the rest of one’s life is assured. The Eastern Cape government has allocated R62-million for the mothers of children under the age of five who are affected by malnutrition. Spending perhaps 10% of that every year on fruit trees would go a long way to ending the stunting and death of so many South African children. 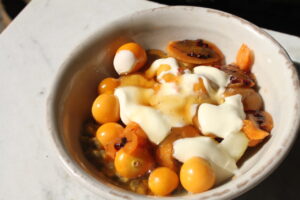 Among the 1,431 children surveyed in the Grow Great study, stunting was identified in 336 children, of whom 94 were severely stunted.

R62.1-million has been allocated to a support programme for mothers of children under the age of five “who are affected by malnutrition.” Teaching people to fish is vastly superior to distributing tens of thousands of food parcels.

One other blessing will be a huge increase in the biodiversity in the garden. Birds that have not been seen for years, butterflies and bees will thrive on all the nectar and pollen from the fruit tree flowers.