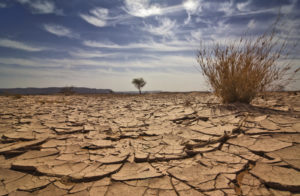 The GreenMatter Fellowship, which nurtures talented young high-performing academics in the environmental field, believes that if corporates in South Africa would invest in young talent, there would be a significantly brighter future for the green economy in the country.

South Africa is increasingly considered one of the more progressive nations in the world when it comes to its stance on environmental conservation. The newly enacted Climate Change Bill is evidence of this, as is South Africa’s Carbon Tax and the recent decision to raise the threshold for embedded generation to 100MW.

Even so, South Africa currently ranks 12th among the world’s biggest greenhouse gas emitters and is the highest emitter in Africa (due in great part to its coal dependence). The ripple effect of this is that South Africa’s biodiversity is also at risk, as rising temperatures lead to drier climates, creating the ideal environment for fires and widespread ecological damage.

“While government is making every effort to combat these consequences, it’s not enough to simply treat the symptoms of environmental degradation. We need to approach these issues at a grassroots level, ensuring we build strong foundations geared toward building systemic and sustainable infrastructure and operations across the country.”

In partnership with the South African National Biodiversity Institute (SANBI) and the Lewis Foundation, GreenMatter is an initiative aimed at nurturing young talent from across sectors to become the future custodians of South Africa’s green economy, its biodiversity and natural heritage.

This is achieved through the GreenMatter Fellowship; a skills development programme designed to equip environmental professionals with workplace skills needed to thrive within as well as advocate for the green sector.

“Nurturing green talent is one of the main ways we can ensure South Africa’s biodiversity is preserved for generations to come. With environmental advocates in decision-making seats and positions of influence across sectors and industries, private sector players are better able to lower carbon emissions and the overall environmental impact of big business operations. This goes a long way towards supporting South Africa’s environmental agenda and helping corporate South Africa to meet sustainability targets,” said Da Silva.

Greater involvement from corporate South Africa by way of environmental and educational funding is needed to support the development of South Africa’s own green talent pool. Developing the skills needed to succeed at work allows graduates to build sustainable careers too.

“Corporate involvement is key in empowering students to obtain qualifications and experience in the environmental field of their choice,” said Siviwe Babane, a GreenMatter Nedbank Fellow and research technician.

“Financial and non-financial support, as well as scheduled workshops and training, allow graduates to participate meaningfully in the green economy and contribute to achieving the change we all want while realising their respective personal and professional dreams,” Babane said.

There are many benefits of investing in skills development initiatives geared specifically toward boosting the green sector and contributing towards the growth of the green economy for corporate South Africa, budding environmental advocates and South Africa’s biodiversity.

These initiatives align with South Africa’s plans for environmental conservation and ensure the country is on track to achieving its sustainability goals in the future as well as the United Nations Sustainable Development Goals.