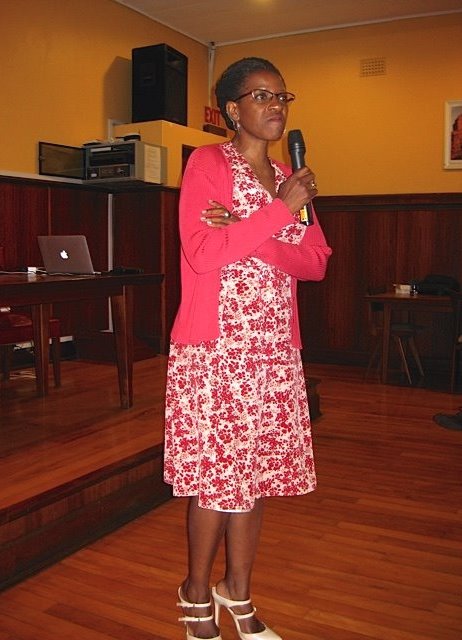 “People of conscience need to break their ties with corporations financing the injustice of climate change,” said Archbishop Emeritus Desmond Tutu during the countdown to the launch of Fossil Free SA, which started in Cape Town last week.

His daughter, Rev. Mpho Tutu, was the keynote speaker at the launch. She spoke about how 25 years ago they launched the US divestment campaign against our country in New Hampshire and how this then spread to campuses across the US.

Only the impossible is worth doing

“This was one of the most crucial things to bring awareness to the apartheid government. Now we’re attempting to do the impossible again,” she said. “But it’s only the impossible that’s worth doing.”

“Climate change is hitting the poorest the most, whilst those responsible are the most cushioned,” she said. “Women across the world have to walk further for firewood and food for their families. The collective energy women spend doing this on one day is enough to build the Empire State Building 280 times a day. If this is not a waste of human resources, then what is? This is energy that could be used to teach children, to create a business, to recreate the planet we are wrecking.”

We are stealing from generations to come

Even the refugee crisis was caused by the fossil fuel industry, she said. “We are stealing from generations yet to come. And that’s not a shame, it’s a sin.”

Then Anton Cartwright, Mistra Urban Futures Researcher, African Centre for Cities,
cut to the chase with a sobering speech:

He had read the IPCC’s Report that came out 10 days ago. “The Intergovernmental Panel on Climate Change is committed to providing information not recommendations or advocacy. They are committed to the scientific method and to the use of scientific language. As a result they are sometimes misunderstood, but they play a crucial and important role.

Their latest report is unequivocal on a number of fronts:

2 degrees of warming and beyond

The changes that have been recorded are the result of the 0.85C of warming that we have experienced since the industrial revolution.

Perhaps the most telling aspect of the latest report is that because of the nature of heat exchanges between the ocean and the atmosphere that underpin the climate system (and the resultant lags in atmospheric temperature increases) we will now almost certainly and unavoidably run up to and beyond 2C of warming. What we do today will affect how far beyond 2C we go. This is important. 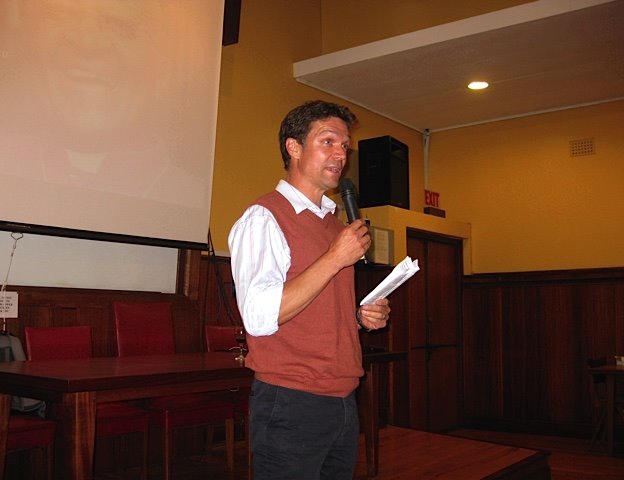 Beyond 2C we begin to unlock long-standing vaults of GHG in the oceans, in the perma-frost and in forests. This runs the risk that the GHGs we emit through the burning of fossil fuels (which today account for roughly 80% of all emissions) end up being just a small fraction of the total emissions – over which we have no control. This is the scenario of run-away climate change. A scenario that is worth avoiding.

The easiest and cheapest way of achieving this is to cut our dependence on fossil fuels. The technologies to do this exist. We now need people’s purchasing power to create effective demand and to shift finance and investment to credible alternatives.

There is R5.4 trillion worth of savings on South Africa. When we looked at setting up a green fund for the provincial government last year we discussed this money with fund managers and with ASISA. They told us that they were not averse to investing in greentech, but that they did not see “effective demand” for renewable energy portfolios.  This is our challenge. Let’s create effective demand! Let’s BE that effective demand.

We can do this in three very practical ways:

“I don’t want my pension money to be creating the type of world into which it might be hell to retire.”

We know that between 60% and 75% of the reserves on hydrocarbon company balance sheets cannot be burnt if we’re to avoid run-away climate change. They will almost certainly become junk assets.

It is not good enough to move with the herd – that is the stuff of financial contagion.  We need investors to be smarter and more proactive. One investor once told me that if he did not hold SASOL shares he would lose his job. This is probably true given recent oil prices and the institutional investment support that SASOL enjoys. But I would add that if the same investor does not hold shares in renewable energy storage (possibly the most game changing and rapidly evolving area of innovation in the world today) that they should also lose their job. 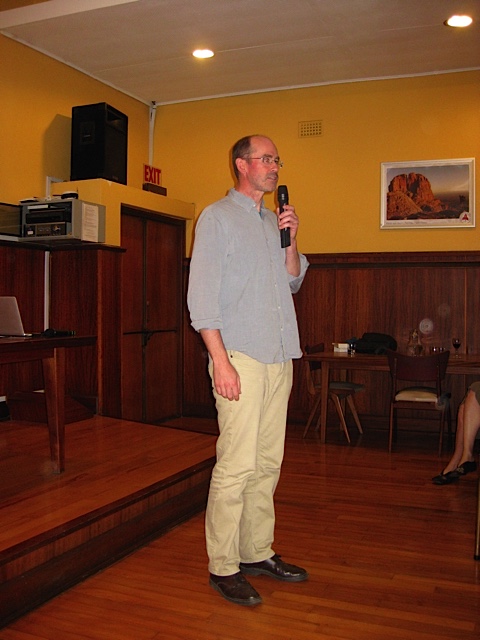 South African capital is a laggard relative to the rest of the world when it comes to climate change and renewable energy, and it is in danger of being exposed.

Please don’t accept the stylised fact that renewable energy is unreliable and intermittent –  as if our current fossil fuel fired electricity is not intermittent. Research shows that South Africa is the envy of the world in terms of its renewable energy resources, and that the right geographical and technological spread of renewable energy can smooth supply curves and reduce base load requirements by seven-fold.

Graham Sinden, who did this work at Oxford University, arrived at this finding without considering the aforementioned renewable energy storage.

Of course in taking up this campaign we will confront vested interests in the coal, oil and nuclear sectors and in the patronage networks that rely on these sectors.

This campaign is about our freedom

We mostly associate our freedom in South Africa with that iconic day in April 1994. But  that incredible day was a milestone in a much longer process. A process that involved women in Crossroads burning their dom-passes, school children protesting the idiom of their tuition and artists refusing to perform in this country. And doing these things repeatedly and bravely over 30 years.

Our freedom is not yet complete. Breaking our dependence on apartheid-era energy behemoths is an important next step in creating employment, in removing the poverty trap that is ecological degradation and in realising freedom.

Major advances towards our political freedom were taken on our campuses, and so it is entirely appropriate that this next step towards energy freedom and environmental justice begins on our campuses. That our universities supply the moral force to shift investment patterns, and back this up with well-researched innovations of the technological, political, legal and economic capacity required to affect the change.

Divestment is the cause of this time

I sometimes feel sorry for the students of today. They don’t appear to have the energising and galvanising influence of a clear political nemesis and seem to be missing out on the heady campaigns of the eighties and nineties. This campaign and the Desmond and Leah Tutu Legacy Foundation remind us that this is not to be the case.

Divest and Invest is a cause of this time in South Africa. Let’s make it happen, not only for our children, but for freedom from economic oppression and environmental degradation today.”

Fossil Free South Africa started in 2013 as a campaign lobbying the University of Cape Town (UCT) to end its investments in fossil fuels – investments at odds with the university’s publicly declared intention to be a force for social good.

At UCT, a growing collective of students, staff and alumni are driving this campaign. Fossil Free SA is now crowd-funding across the country to support campaigns on other campuses. It is now launching across South Africa and will lobby universities and investors of all stripes to withdraw investments in fossil fuels and reinvest in clean energy.

It is widely acknowledged that corporations and governments are failing to act fast enough to stop dangerous climate change. 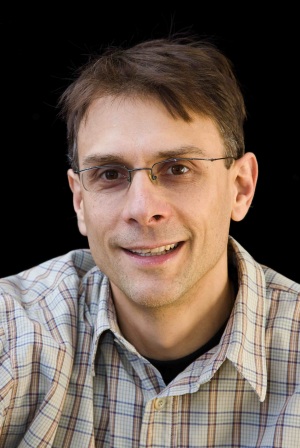 Robert Zipplies, sustainability consultant and editor of Bending the Curve.

Now a global campaign has emerged to challenge this deadly status quo. Universities, cities, Foundations and churches on several continents are withdrawing investments from fossil fuels and reinvesting in clean energy. These include Stanford, Glasgow University, the Australian National University, and cities like Seattle, San Francisco and Oxford, and even the Rockefeller foundation who of course made their money in fossil fuels.

Though it is morally wrong to be invested in fossil fuels, it is very likely bad business too. A growing number of economists are talking about the fossil fuel industry as the next bubble, both because of over-investment and the likelihood that reserves may have to be written off under stronger climate regulations. Investment in the rapidly growing clean energy revolution may be a far stronger long-term bet.

Fossil Free SA aims to awaken South Africans to the fact that their investment choices can shift the extremely destructive practices of the fossil fuel industry. Citizens have to make it clear that this industry is destroying the human rights of current and future generations, and that these companies’ practices are no longer socially acceptable. 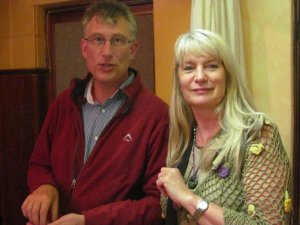 There is widespread authoritative agreement that to avoid dangerous climate change, the world’s energy supply must become 100% free of fossil fuels. This should happen by 2050. However, governments are ignoring their own targets for emissions cuts.

Fossil fuel companies have reserves of oil, gas and coal five times bigger than what we can burn without a strong chance of crossing a dangerous threshold. The current business plans of fossil fuel companies rely on the destruction of a climate safe for humanity.

In addition to the damage they are doing to the climate, these companies also inflict massive direct environmental destruction. They undermine democracy in many countries by buying politicians, infiltrating governments, undermining science and gagging their victims.

While fossil fuel (and nuclear) energy are becoming ever more expensive, the cost of renewable energy continues to plummet while creating more jobs than fossil fuels.