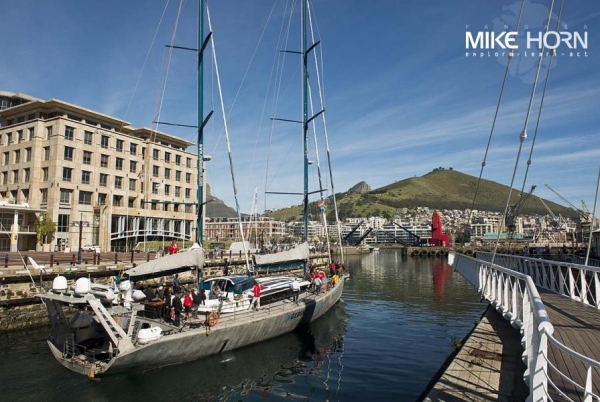 Mike and his crew are arrive at the V&A Waterfront in Cape Town.

Mike Horn arrived in Cape Town, as part of a four-year global odyssey to inspire young people to clean up and protect the planet.

One of the most remarkable voyages of exploration ever undertaken – the four-year Pangaea trans-navigation of the globe by sea and land – was launched by South African Eco-Adventurer-Explorer Mike Horn in Monaco just over four years ago.

The expedition, named ‘Pangaea’, after the supercontinent that existed 250 million years ago, had covered 140’000 nautical miles, reaching the North and South Poles and crossing all the continents and the oceans.

Horn arrived in Cape Town in the middle of the final Expedition No. 12 to Namibia and South Africa, which ended on the 1st of August when all the youths from around the world headed back home.

Horn, acknowledged as the world’s greatest modern-day explorer, had undertaken exceptional feats of endurance, determination and courage, which have extended the boundaries of human achievement.

His other exploits include:

Says Horn: “The Pangaea Expedition was the most exciting adventure I’ve ever undertaken. After almost two decades of exploration, I wanted to invest the knowledge and experience I acquired from past expeditions into a new challenge and to share these experiences with others. The aim of the Pangaea mission was and still is to enhance a respect for the environment and encourage the clean-up of the planet and the protection of its resources for the sake of future generations.”

Youngsters invited for adventure and learning

Young adults, aged 15 to 20 from every continent, had been invited to join Horn on various sections of his journey where they learn about the flora and fauna, discover the importance of nature and its elements and were encouraged to understand the importance of environmental issues.

Says Horn: “I want the future generations to find solutions and ultimately enhance a respectful balance between nature and mankind. During the past four years, we have shed light on environmental problems we face today. By working together with hard work, ingenuity, drive and courage, we can complement each other and find new energy of hope and ambition. Together we can tap the world’s most powerful energy source – the younger generation.”

“After 4 years of sailing around the world I arrived once again in Cape Town, completing a massive 140’000 NM circumnavigation around the world. I have witnessed the power and passion that the youth possess about the environment and am filled with hope for the future of the planet. I’d really like to thank our partners for their support as they’ve given us the power to share our vision and accomplish our mission,” he concludes. 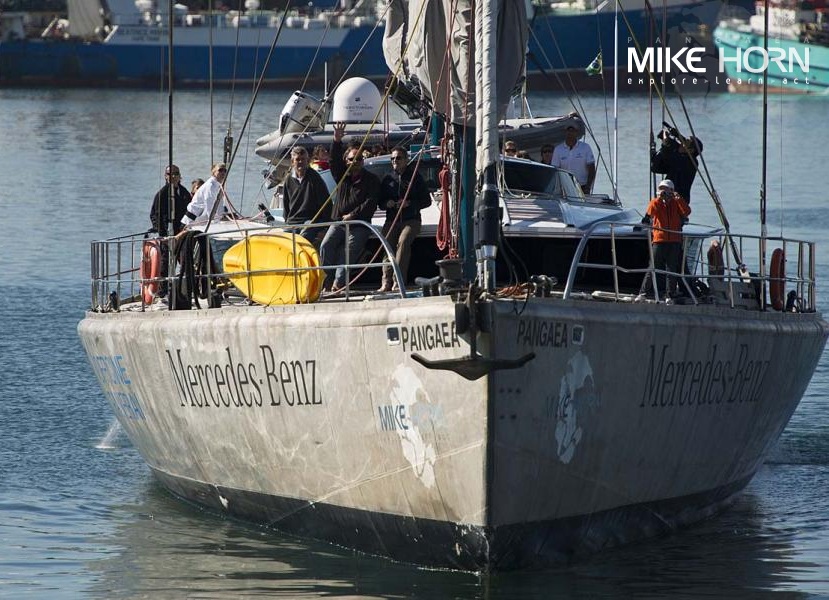 The biggest expedition in the world to date

The Pangaea Expedition was the biggest environmental project in the world to date. The base for the expedition was the 35 meter yacht Pangaea, which was designed to incorporate sustainable technologies. The vessel, which can sleep 30 and features state of the art communication and conference facilities, was used for environmental research and educational projects at its various ports of call around the world.

The title sponsor of the Pangaea Expedition was Mercedes-Benz, while Officine Panerai and Geberit were presenting partners. Supporting this ground breaking environmental initiative was Mr. Johann Rupert, chairman of Richemont SA and founder of the Laureus Sport for Good Foundation and his wife, Mrs. Gaynor Rupert, who kindly agreed to be the ‘Godmother’ of Pangaea.

The Pangaea Expedition began on October 9, 2008 when Mike Horn set sail from Punta Arenas in Chile on the first stage of his epic journey to Antarctica, where Horn trekked to the South Pole. Then his route took him through Australasia, China, Russia, to the Magnetic North Pole, across Canada, North and South America, Namibia and then South Africa.