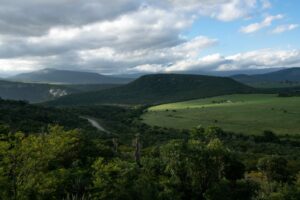 Environmental justice groups, represented by the Centre for Environmental Rights (CER), were disappointed to learn of the 8 July 2022 decision by the executive council of the Limpopo Economic Development and Tourism Department (LEDET) to reject their appeal of the approval for the Musina-Makhado Special Economic Zone (MMSEZ) project.

The appeal by Earthlife Africa, Dzomo La Mupo, the Mining and Environmental Justice Community Network of South Africa (MEJCON-SA) and groundwork – Friends of the Earth South Africa, outlined significant flaws in the decision-making process that led to approval of the project.

These include LEDET’s lack of independence (and conflict of interest) to decide on the matter, given that LEDET’s mandate is to support and develop the MMSEZ project.

The appeal also highlighted the severe negative impact that the proposed MMSEZ project would have on nearby communities, water availability and food security in the region, and the project’s long-term climate change impacts due to greenhouse gas emissions. The appellants also pointed out that many of these negative impacts have already been noted in the MMSEZ’s own impact assessment, which indicated in one instance that the project may not be a sustainable development.

“Given LEDET’s own interest and mandate to develop the MMSEZ, we are not surprised by this decision. We are nonetheless disappointed, as unnecessary and irreparable harm may occur to vast area of pristine land and water resources, which local communities rely on for sustenance, health (through use of medicinal plants), livelihood, cultural and spiritual heritage,” says Earthlife Africa Director Makoma Lekalakala.

“The inadequately short decision that we received from LEDET does not give any explanation as to how LEDET came to the conclusion that it did in dismissing the appeal. The decision merely stated that it had complied with various legislative requirements, including that it is the competent authority to decide the appeal (despite our clients’ objections). The decision did not address the community’s concerns outlined in the appeal in any detail,” says CER attorney Michelle Koyama.

The CER is currently consulting with its clients as to the next steps to be taken in response to the appeal dismissal.