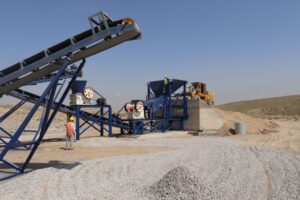 Five years since the end of the ISIL (so-called Islamic State in Iraq and the Levant) conflict in 2017, the International Organization for Migration (IOM) in Iraq and the UN Environment Programme (UNEP), with funding from the Government of Japan, has established a debris recycling centre in Mosul.

After its initial use, the centre has now been handed over to Mosul Municipality for its continued, sustainable operation.

“On behalf of the Iraqi Government, the Ministry of Environment expresses its gratitude to the Government of Japan for generously supporting this important project and to UNEP and IOM for enabling the sustainable management of the huge quantities of conflict debris and restabilization of the liberated areas in an environmentally sustainable manner,” said Iraq’s Minister for Environment, Dr. Jasim Abdulazeez Humadi. 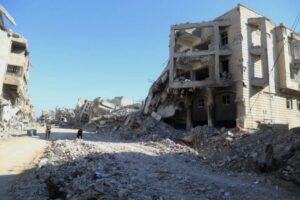 The handover of the Mosul debris recycling centre marks a significant step in the sustainable management of the huge volumes of debris — an estimated 55 million tonnes — created by the ISIL conflict. It also opens the way for the recycling of routine construction and demolition waste, contributing to ‘building back better’ and an increased circularity in Iraq’s development.

“This project supports recovery and livelihoods by drawing on principles of a circular economy, wherein waste and land pollution is limited through production processes that reuse and repurpose materials for as long as possible,” explained IOM Iraq Chief of Mission, Giorgi Gigauri.

“Collaboration and sustainability are key priorities in IOM’s work toward durable solutions to displacement, and we are pleased to have partnered with UNEP and the Government of Japan so that this is represented not only in the function of the plant itself, but also in its functioning, by supporting local authorities to be prepared to effectively operate the plant moving forward.” 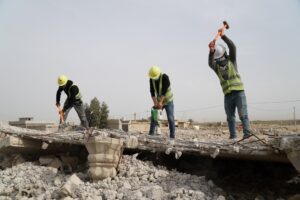 On 28 July 2022, Mosul Municipality hosted an event to officially hand over the debris recycling centre, attended by senior government officials and academia, as well as representatives from IOM, UNEP and the United Nations Assistance Mission for Iraq (UNAMI).

“We are glad to know that the project funded by the government and people of Japan has contributed to cleanup of debris and reconstruction of Mosul. We would like to commend UNEP, IOM and the city of Mosul for their tremendous efforts of turning the legacy of ISIL’s devastation into building blocks of reconstruction.”

Through the rubble recycling project, nearly 25,000 tonnes of debris have been recovered and sorted, of which around half was crushed into recycled aggregate. Material testing of the recycled aggregate endorsed by the National Center for Structural Tests of the Ministry of Planning confirms its compliance with the Iraqi State Commission for Roads and Bridges design standards for road foundational layers and its suitability for several low strength end-use applications such as concrete blocks and kerbstones. 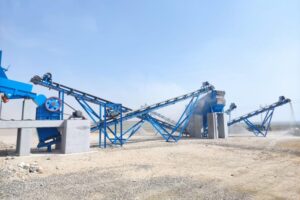 Building on this experience, IOM has set up two other debris recycling operations in Sinjar and Hamdaniya in Ninewa Governorate, and a third in Hawija in Kirkuk Governorate, where a pilot phase using a mobile crusher was implemented in al-Buwaiter Village in 2021. In addition, two other conflict-affected governorates — namely Salah al-Din and Anbar — have also shown a high-level of interest in replicating and scaling up debris recycling in their own regions.

UNEP has been supporting Iraq in cleaning up the huge volumes of debris created by the ISIL conflict since June 2017. Initially, this included carrying out technical assessments and planning workshops with UN-Habitat, and subsequently designing and implementing debris recycling pilot projects to support returns in Mosul, Kirkuk and other conflict-affected areas in cooperation with IOM.

UNEP is the leading global voice on the environment. It provides leadership and encourages partnership in caring for the environment by inspiring, informing and enabling nations and peoples to improve their quality of life without compromising that of future generations.

IOM is the leading intergovernmental organization in the field of migration and works closely with governmental, intergovernmental and non-governmental partners to support orderly and humane migration management, promote international cooperation on migration issues and respond to the humanitarian and development needs of mobile populations, including refugees and internally displaced persons.