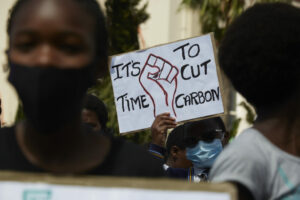 Applicants in South Africa’s first youth-led climate change case have learned that the Minister of Mineral Resources & Energy will oppose their application to compel the release of documents about the Minister’s decision to include new coal power in the 2019 IRP, and the Ministerial determination for new coal issued under the IRP.

The #CancelCoal case demands that the South African government abandon plans to build 1500 MW of new coal-fired power due to the unjustifiable threats it poses to Constitutional rights and a safe climate.

The applicants in the case, the African Climate Alliance (ACA), the Vukani Environmental Justice Movement in Action (VEM) and groundWork (gW), represented by the Centre for Environmental Rights (CER), were forced to submit an application to compel the release of the documents after the Minister failed to make these available, as he is required to do under court rules.

The documents that the applicants seek include:

the Minister’s consideration of public comments and submissions in preparing the 2019 Integrated Resource Plan (IRP) and the Ministerial determination for the procurement of new coal under the IRP; and any assessments of the climate change and other environmental impacts of the procurement of the 1500MW of new coal capacity in preparing the 2019 IRP and the Ministerial determination.

“The Minister’s refusal to disclose these documents, despite our requests, means that we have no option but to take further legal steps to ensure that this vital information is disclosed. This information is of particular importance for a case in which the Constitutional rights of present and future generations are at stake – as they are in the #CancelCoal case,” says VEM Secretary General Ronald Mhlakaza. “These delaying tactics, and the failure of the Minister to provide us with a complete record of information relating to the government’s plans for new coal power, have important consequences for the case as a whole. Any delays in the litigation process have a knock-on effect on the Constitutional rights implicated in the main application. While the Minister stalls, the future of young people and the human rights of the next generation remain in jeopardy,” says Sarah Robyn Farrell, environmental activist and coordinator at ACA. 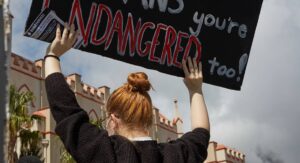 “It is groundWork’s belief that the Minister has not undertaken a climate change and environmental impact report of the procurement of the 1500MW of new coal. Denying us the right to what is now considered a legal and generally acceptable norm that such documents be made available in the public domain, is an attempt to hide the Ministry and Department’s inadequate process.”

This is the latest development in the #CancelCoal case, launched in 2021, in which three civil society organisations brought landmark constitutional litigation against the South African government, demanding that it abandon plans to build 1 500 MW of new coal-fired power on grounds that new coal-fired power poses significant unjustifiable threats to constitutional rights and a safe climate.

The burning of coal is the biggest contributor to global climate change, in addition to unacceptable health impacts caused by air and water pollution. Government’s current plans to build 1500 MW of new coal-fired power in South Africa would be costly, unnecessary and an unjustified violation of the Section 24 right to an environment not harmful to health and wellbeing, along with other rights, and should be abandoned. Since cleaner and less harmful renewable energy is both a feasible and cheaper alternative to new coal power, the applicants in the #CancelCoal case argue that there is no justifiable basis for the limitation of Constitutional rights.

The #CancelCoal court case is a Constitutional challenge against the South African government’s plans to develop 1500 megawatts (MW) of new coal-fired electricity generation. The environmental and climate justice organisations bringing the case are the African Climate Alliance, Vukani Environmental Justice Movement in Action, and groundWork.

They argue that the government’s plans to develop new coal plants threaten not only the rights to an environment not harmful to the health or well-being of present and future generations in South Africa but also the rights to life, dignity, equality, as well as the best interests of the child. 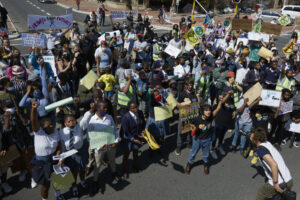 The case was launched after government failed to respond to a letter of demand sent to Minister Mantashe on 17 September 2021 by CER on behalf of ACA groundWork and VEM, which demanded that government abandon its plans to build new coal-fired power as outlined in the Minister’s September 2020 determination for 1500 MW of new coal and the 2019 IRP.

Read expert reports documenting the unnecessary cost and job losses, climate harms and impacts on social, physical and mental health and well-being of coal-fired power for people living in South Africa, now and in the future.

Sign ACA’s #CancelCoal petition, calling for the government to take immediate steps to protect the rights of mining-affected communities and youth by abandoning the plans to develop 1500MW of new coal-fired power capacity, increase public and private investments into renewable energy alternatives, work together with relevant stakeholders to create and implement sustainable policies for South Africa’s energy planning, prohibit mining in places where it might violate human rights or cause substantial harm to the environment on which communities depend and empower young people to contribute in shaping energy policies and decisions that affect them.