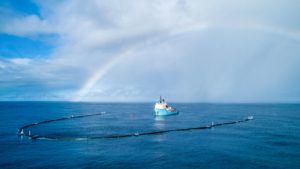 The Ocean Cleanup, the non-profit developing and scaling technologies to rid the oceans of plastic, announces proof of technology upon returning to Victoria Harbour with trash collected from the Great Pacific Garbage Patch.

With this confirmation, the organization will immediately return to the infamous gyre to start cleaning the ocean’s largest accumulation of plastic debris.

Eight years after its founding and three years since launching its first cleanup system, the organization has effectively harvested plastic with a scalable ocean cleanup design. 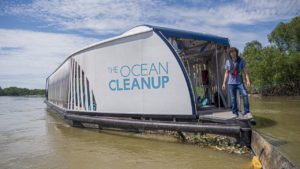 The Ocean Cleanup has ended its testing campaigns in the gyre, shifting its focus to cleanup; while, simultaneously, initiating the development of the larger, upgraded System 003, which is expected to be the blueprint design for scaling to a fleet of systems.

“Today, I am most proud of the team and supporters for their dedication and perseverance that brought us to this moment,” says Boyan Slat, Founder and CEO of The Ocean Cleanup.

“Getting here was not always easy, but we remained focused on our mission and its necessity. While it’s just the tip of the iceberg, these kilograms are the most important ones we will ever collect, because they are proof that cleanup is possible. We still have a lot of things to iron out, but one thing we know now is that, with a small fleet of these systems, we can clean this up.” 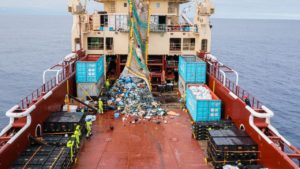 Throughout the years of developing this novel ocean technology, The Ocean Cleanup has continually improved on its cleanup design, working towards a fleet of systems capable of eradicating the Great Pacific Garbage Patch. With System 002, also known as “Jenny,” it has successfully achieved this confirmation by repeatedly harvesting plastic, from tiny debris fragments to immense ghost nets.

From nine test extractions, the organization collected a total of 28,659 kilograms (63,182 pounds) of plastic from the ocean, of which 9,014 kilograms (or 19,872 pounds) was removed in a single haul. To authenticate claims of origin and amount, all harvested plastic is and will be tracked, traced, and verified through certification body DNV using its identity preserved chain of custody model.

In tandem with cleanup operations, development of System 003 will begin. The Ocean Cleanup intends to remain operational with System 002 until deploying System 003. The design of System 003, which at a length of 2.5 kilometers (1.5 miles) is expected to be three times larger, will incorporate some insights collected from the System 002 test campaign. 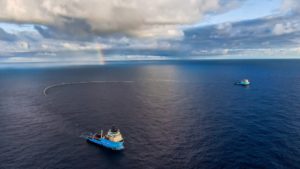 With environmental protection being paramount to all its efforts, the organization will continue environmental monitoring and data collection and moving forward in an environmentally responsible, step-by-step approach.

Additionally, all carbon emissions from the System 002 campaign will be offset with the aim of reaching carbon neutrality and, in collaboration with Maersk, the organization is experimenting with low-carbon fuels for support vessels.

“We are proud to support The Ocean Cleanup with offshore and logistics services and expertise as our long-term partnership reaches a significant milestone with the success of the first large-scale clean-up system returning to port with trash collected,” says Mette Refshauge, VP Corporate Communications & Sustainability at A.P. Moller – Maersk. 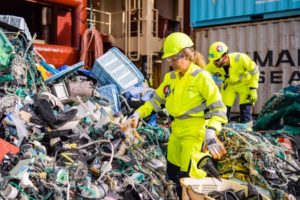 “The health of our oceans is vital to ensure a healthy planet and environment for future generations, and we stay committed to doing our part to protect the oceans and its ecosystems.”

The design of System 003 is expected to be the blueprint from which the organization can develop a fleet of systems for cleaning the oceans, starting with the Great Pacific Garbage Patch. Based on findings from previous test campaigns, the organization expects to deploy a fleet of ten systems capable of reducing 50% of the gyre every five years. Meanwhile, its efforts to stop plastic from entering the ocean via rivers will continue with new Interceptor projects planned to begin this year and next.

Toilet seats, toothbrushes, laundry baskets, shoes, crates, sleds, and, discarded fishing gear are just some of the items found in the System 002 haul, proving that this is not just a problem for the ocean, but also a problem from humanity. The Ocean Cleanup invites the world to join them in its mission and help collectively solve ocean plastic pollution.