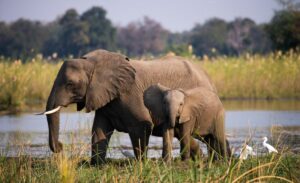 Oxfam in Southern Africa has expressed concern over the ongoing and highly controversial Lower Zambezi National Park (LZNP) mining saga and cautions the Zambian government on the move to proceed with mining activity in the national park.

On 31st January 2022, media reports cited the Ministry of Green Economy and Environment as having indicated that the embattled open-pit mining project in the heart of the Lower Zambezi National Park would go ahead under strict adherence to measures set by the Zambia Environmental Management Agency (ZEMA) to mitigate environmental impacts.

This follows the Supreme Court’s dismissal of an appeal by civil society organisations in Zambia against the proposed large scale open-pit mining project that has been raging for years.

While Oxfam acknowledges the decision made by the Court of Appeal, delivered by Justice Ngulube on 27th February 2021, to allow for the mining project by Mwembeshi Minerals to proceed, it is immensely concerning that the Government has unilaterally and quickly positioned itself to accept the ruling, forgoing all public outcry and expert caution against the said project. This not only goes against the Government’s pronounced commitments towards environmental sustainability but also sets a negative precedent for Natural Resource Management (NRM) and Environmental Protection within the New Dawn Government’s industrialization agenda.

The Lower Zambezi National Park (LZNP) hosts a sensitive ecosystem sustaining a vast amount of biodiversity necessary for environmental sustainability in Zambia and some neighbouring countries. This region also provides a critical water resource for over 250 million people in the region that depend on the Zambezi River and the surrounding ecosystem for water, fishing, wildlife, agriculture, tourism, forestry, and other livelihood activities. A disruption to this ecosystem could prove disastrous, particularly at a time when the world is battling a climate change crisis. The impacts of climate change are glaringly apparent, with the most recent being the Tropical Cyclone Ana, which has devastated the Southern Africa region, particularly Malawi, Mozambique, and Zimbabwe, including some parts of Zambia.

A report by Investigative Environmental Journalism notes that an independent review of the Environmental Impact Assessment (EIA) done in 2012 and 2014 submitted to ZEMA showcased flaws against the tenets of sustainable development. The intended project violates Zambian national environmental and public health laws as well as international environmental agreements which mitigate against environmental risk management set out in the Equator Principles, as well as standards for mining in protected environments established by the International Union for the Conservation of Nature (IUCN). The ZEMA Board disallowed the mining project on similar grounds but was later overruled in judgement by then Minister of Mines, Harry Kalaba, on grounds that the project would create jobs for locals and technologies be employed to mitigate environmental impact. 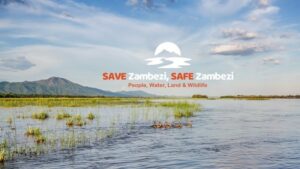 Please sign the Change petition to stop copper mining in the Zambezi basin.

This saga has highlighted two points of concern namely, ZEMA’s limited autonomy to execute its regulatory functions towards environmental protection due to political influence and conflicting laws that fail to recognize designated land use plans particularly for ecosystem protection. This is a threat to the objectivity, as well as the autonomy of the Environmental Management Regulatory body.

Oxfam also expresses concern over the high dependence on resource extraction for Zambia’s development agenda, evidenced by the new Government’s pronouncements to upscale copper production over 250% in the next decade. Whereas, this may pay back positively in revenue terms, it is worth noting that mining has serious implications on lives, livelihoods, and the environment.

While acknowledging efforts towards environmental protection through the creation of a Ministry of Green Economy and Environment, Oxfam cautions that without commensurate monetary investment to mitigate impacts (only 0.1% of the 2022 National Budget), and a clear-cut strategy for protection of key ecosystems in the country which have been grossly degazetted in past years, all efforts may be futile. Mining, though a strategic sector for Zambia, has historically been cause for environmental and human rights concerns with mining towns in the Copperbelt, Central and North-Western Provinces being key examples of this.

There is a need, therefore, to properly establish natural resource governance best practice for Zambia, governed by adequate laws and policies for beneficial and sustainable mining. 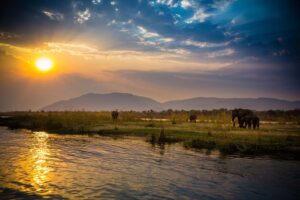 Oxfam remains committed to the call for resource extraction that is sustainable, contributes positively to the development and is instrumental to fighting poverty and inequalities. Within this mandate, Oxfam calls for the immediate stop to all mining activity or strides towards this in the Lower Zambezi National Park.

They wish to re-echo and propose the following for consideration by the Government, through the Ministry of Mines and Minerals Development in working with the Ministry of Green Economy and Environment:

Oxfam calls on the Government to make positive strides towards prioritizing Environmental Protection and Climate Change mitigation and action on these progressive commitments.