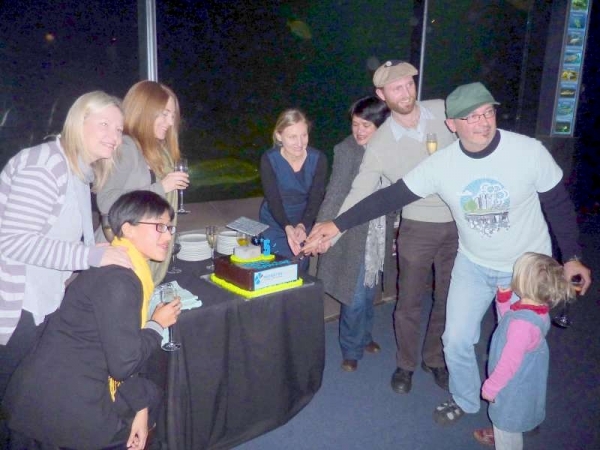 The cold, wet winter weather couldn’t dampen the spirits of the staff, associates and friends who gathered at the Two Oceans Aquarium on 15 August to wish Happy Birthday to the young and vibrant NGO, Project 90×2030.

Reflecting on their first five years, Director Brenda Martin described her own transition from the development, education and gender sector into the environmental sector:

“At the beginning of the Hitchhikers Guide to the Galaxy are inscribed the words: ‘Don’t panic.’

Well, when I first found out about climate change and other environmental problems, I did panic!”

However, unlike many people who either point fingers or do ostrich-impressions when they wake up to the enormity of the environmental crisis, Brenda didn’t resort to blame or denial. She and Peter Templeton, Director of the Goedgedacht Trust, put their heads together and established Project 90×2030 as a project of the Trust in July 2007.

The name immediately creates curiosity – 90×2030? What does that mean? Well, it comes from George Monbiot’s book “Heat”, which presents industrialised nations with a target – to reduce their carbon emissions by 90% by the year 2030. Ambitious, yes; but the climate crisis demands ambitious leadership and substantial targets. 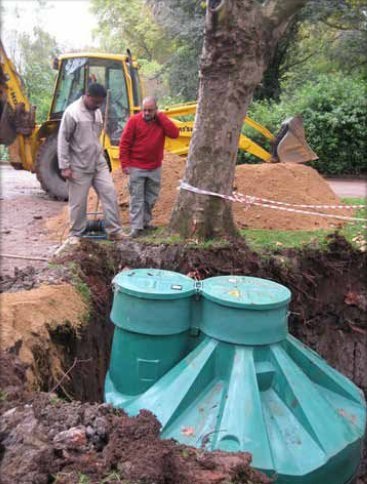 The Demonstration Sites project has been particularly inspiring. During 2010/2011, thanks to funding from the German Government, Project 90 initiated renewable energy projects at 15 sites. These ranged from the installation of a sculptural wind turbine and solar photovoltaic panels at the Two Oceans Aquarium, to the installation of solar panels in rural villages not yet reached by the electricity supply grid, and the construction of a biogas digester at the Johannesburg Zoo that converts ‘zoo poo’ – including elephant dung – into methane for cooking in the zoo’s restaurant.

The projects have already collectively prevented about 37 tons of Carbon from being released into the atmosphere.

Based on the success of Phase One of this project, the German Government has recently agreed to fund a second phase, which will see Project 90 working at two rural sites for an extended period of time. This will enable the team to work more closely with the community both before and after the new technology is installed, and to research the process thoroughly. 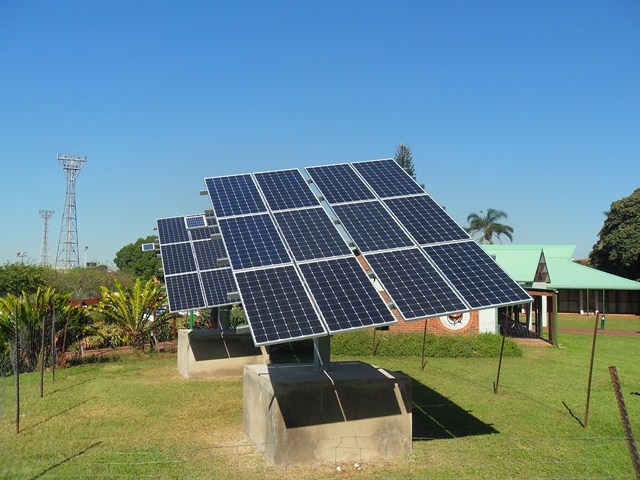 If energy and climate change are issues you would like to do something about, then the Project 90×2030 website is a great place to start. You can learn about the science of climate change, keep up to date with news, and find educational booklets and posters that show how everything we do to care for the Earth – from conserving water to producing less waste – helps to shrink our carbon footprint. You can also find out what a carbon footprint is, and how to calculate it.

Project 90 has grown rapidly over the past five years. From just two staff initially, there are now ten full-time staff members plus a number of part-time associates and volunteers. From 740 website hits in the first year, 53 000 people are now using the site beyond just an exploratory hit. And Project 90 is for the first time reaching beyond the borders of South Africa – with a project starting up in Zambia.

One of the most significant things that Project 90 has learned during its first five years is that changing our lifestyles involves more than switching to new forms of technology. A much more profound switch is needed – and that is in the relationship we have with the Planet. The good news is that the Project 90 team, through their enthusiasm, creativity and verve, demonstrate that cutting carbon is feel-good fun. Who wouldn’t want to change if it meant being part of this up-beat group of eco-heroes caring for the Earth?

Congratulations on your fifth birthday, Project 90. Thanks for daring us to cut carbon – and for being a great example as you walk (and cycle) your talk!