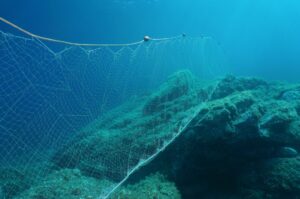 The National Marine Fisheries Service announced today that it would begin a status review to determine whether the highly imperiled Atlantic humpback dolphin should be protected under the Endangered Species Act.

The agency’s decision came in response to a September petition filed by the Animal Welfare Institute, Center for Biological Diversity and VIVA Vaquita.

Atlantic humpback dolphin populations are in serious decline, and the species is already recognized as critically endangered by the International Union for Conservation of Nature on its Red List.

Today’s “90-day finding” under the Act determined that the animal welfare and conservation groups had presented “substantial scientific or commercial information indicating that the petitioned action may be warranted.”

It is the first procedural step to significantly improve the species’ survival prospects by increasing global awareness, generating funds for important science, and providing financial, legal, political, and enforcement assistance to local and international conservation efforts. A 60-day comment period soliciting public input is now open; the petitioning groups will work to ensure the strongest possible scientific support is submitted to the agency.

“The Atlantic humpback dolphin has received a gift for the holidays,” said Dr. Naomi Rose, a marine mammal scientist for the Animal Welfare Institute.

“This listing would promote international cooperation to protect these cetaceans on the brink of extinction from human-caused threats in their habitat.”

The Atlantic humpback dolphin (Sousa teuszii) is the most endangered of the four species of coastal humpback dolphins, who are all threatened by human activities. The species is found only along the western African coast, ranging through at least 13 countries from Western Sahara south to Angola. Scientists estimate that no more than 3,000 Atlantic humpback dolphins remain, in fragmented groups of tens to hundreds of animals. They are at “an extremely high risk of extinction in the wild,” according to the IUCN.

The major threat to the dolphins is bycatch by local gillnet fisheries: The animals are unintentionally caught and killed by fishing gear. These and other fisheries also deplete the dolphins’ prey. Other major threats are coastal development and noise from human activity. The market for Atlantic humpback dolphin meat also appears to be growing as part of the African aquatic wild meat trade.

“Without federal protections, Atlantic humpback dolphins could disappear before most people can even hear about them,” said Sarah Uhlemann, international program director at the Center for Biological Diversity.

“This is a first critical step to saving these adorable but little-known dolphins from fishing net entanglements and other threats before it’s too late.”

Atlantic humpback dolphins, with distinctive humps on their backs topped by rounded dorsal fins, live exclusively in relatively shallow waters and are most common in estuarine environments close to shore. They feed on a wide variety of nearshore fish species, favoring mullet.

They’re among the least-known species of dolphins or porpoises in the world, and this has hindered effective conservation measures. Current measures and regulations aimed at protecting this species are woefully inadequate. Although marine protected areas exist in some countries in the dolphins’ range, they have limited effectiveness because few laws or regulations exist specifically to conserve the species.

“In the past two decades, we have lost one species of dolphin (baiji or Yangtze River dolphin), and a species of porpoise (vaquita) is on the brink,” said Thomas A. Jefferson, director of VIVA Vaquita.

“It is critical that we act now to make sure that the Atlantic humpback dolphin does not join a list of species that are going extinct simply because we are not affording them adequate protection.”

At the conclusion of its status review, the fisheries agency will issue a 12-month petition finding, which will determine whether the agency will propose the Atlantic humpback dolphin for listing under the Endangered Species Act.

The Center for Biological Diversity is a national, nonprofit conservation organization with more than 1.7 million members and online activists dedicated to the protection of endangered species and wild places.

The Animal Welfare Institute is a nonprofit charitable organization founded in 1951 and dedicated to reducing animal suffering caused by people. AWI engages policymakers, scientists, industry, and the public to achieve better treatment of animals everywhere—in the laboratory, on the farm, in commerce, at home, and in the wild.

VIVA Vaquita is a coalition of like-minded scientists, educators, and conservationists, who strive to increase the attention given to the vaquita, the world’s most endangered marine mammal species. Our goals and mission are to generate awareness of the vaquita and to promote a healthy Upper Gulf of California ecosystem. We conduct research, public awareness, and education activities to bring this about. Ultimately, we aim to help save the vaquita from extinction, and to do so in a way that also provides long-term benefits to the fisherman and other residents who live around the Gulf of California, Mexico.