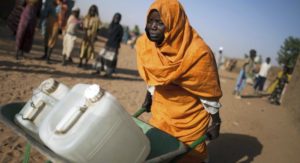 A flagship United Nations Environment Programme (UNEP)-led project in Darfur has improved the livelihoods of over 100,000 people and brought communities together to better manage limited natural resources.

Across Sudan’s arid Darfur region, water has always been one of the most precious commodities. Without it, life literally trickles to an end.

With climate change, the availability of water for farming and living has become more unpredictable. Rainfall has been erratic, and temperatures are rising higher, leading to food shortages and conflict as farmers and herders compete for scarce natural resources.

“Water is a priority anywhere in north Darfur. We sometimes have only one shower per year, and often, as little as between 150–200 mm of rain a year,” said Mohamed Siddig Lazim Suliman, who works on a UNEP project on water resource management in Darfur.

Drought is not always the problem. Heavy rains can also bring misery – and death. When the ground has been baked dry over long hot months, it cannot absorb sudden downpours. When the water comes, it runs off in flash floods, barreling down dry riverbeds, sweeping all before them. In North Darfur alone, more than 40 people have drowned since last year in such incidents.

The damage caused by climate change is compounded by the region’s troubled history. Conflict between communities tore Darfur apart in the early 2000s, killing and displacing hundreds of thousands of people. Many never dared to return to their home villages. This put great strain on local environments where they chopped down trees for firewood, reducing forest and plant cover. 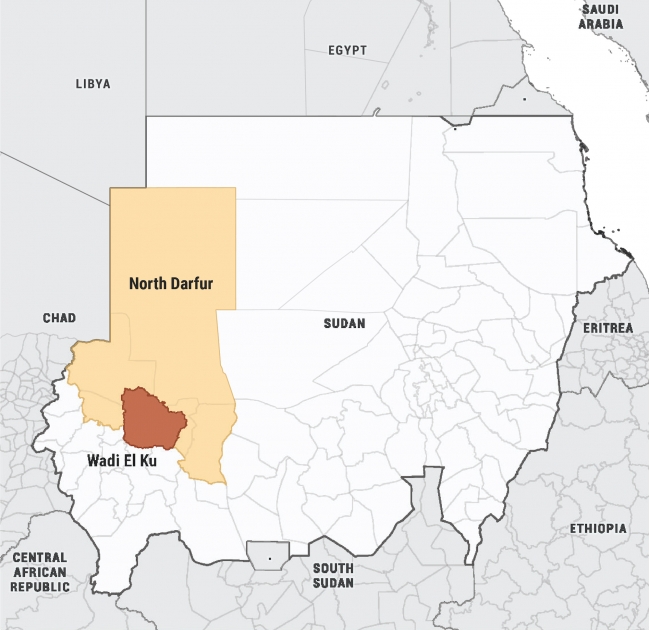 But there are innovative, nature-based solutions to tackle Darfur’s environmental issues. These are being put in place by UNEP and partners in Wadi El Ku near El Fasher – the capital of North Darfur state – where Mohamed Siddig works.

This initiative has constructed weirs to conserve rainwater and regulate it when the floods come. It has been in place for seven years and has won plaudits for making residents’ lives more sustainable and reducing conflict between the nomadic herders of camels, cattle and goats and farmers.

From the beginning, UNEP and project partners worked closely with the local communities, encouraging parties to come together to build the weirs, which allow constant flow of water, while increasing soil moisture for a variety of crops. About 100,000 people in the 35,000 sq km catchment area benefit.

“This initiative has led to very big changes in the area. All stakeholders are involved and come together to seek consensus. It can take a long time, but it works,” explained Mohamed Siddig.

“The Wadi el Ku project demonstrates why it is critical for UN agencies, donors and the government to work hand-in-hand with local communities on restoring the environment. Ensuring that the region’s residents, especially women, manage natural resources in an inclusive way is helping end mistrust between farming and nomadic communities,” said Gary Lewis, UNEP’s Director for Disasters and Conflict.

The Wadi El Ku project is now in a second phase, which began in 2018. Ultimately, this will see the construction of several weirs, irrigation channels, community forests, shelter belts and other interventions that will improve the livelihood for 100,000 people while restoring the natural resources.

Over the last year, the COVID-19 pandemic made it necessary to adapt project activities to minimize health risks. Radio programs are now used to reach large areas with simple extension messages. Hands-on training takes place outdoors, and communication with government officials relies more on WhatsApp and SMS than in the past. Through many small adaptations like these, the project continues to deliver efficiently while minimizing the risk of infections.

In consultation with the Ministry of Health, messages about COVID-19 preventive measures have also been incorporated in all outreach activities.

The project has paid special attention to involving women in the decision-making processes. They are members of water management committees along with other village representatives. Some have benefited from micro-financing schemes enabling them to buy seeds and equipment. 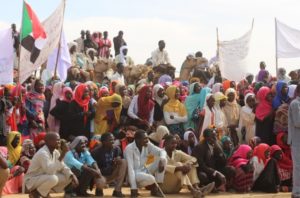 Over 2,000 people from the local community attended the launch of the second phase of the Wadi El Ku project in Darfur. Image: UNEP

Fawzia Abdelhamid, Head of Women Development Association Network, one of the project’s partners, said the weirs have led to huge improvements in land irrigation, which means that women no longer having to spend hours every day walking long and dangerous journeys to fetch water.

“Girls used to help their mothers and could not go to school, it affected their health and added to high illiteracy rates. That has ended and women grow so many more vegetables than before,” she said.

Adam Ali Mohamed, 42, has seen a 10-fold increase in his production of watermelons, cucumbers and lentils which he now has to ferry to market by car rather than the occasional donkey trip. It has also seen his income go from around 20,000 Sudanese pounds a month to some 300,000.

“I have opened a shop in El Fasher and bought a house too. One of my sons is studying law at university there too,” he said. “I thank God for bringing this project into my life.”