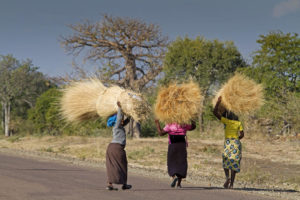 This case study follows CER’s 2020 Financing Fairly Report, which found that the investment policies of the Industrial Development Corporation (IDC) and the Development Bank of Southern Africa (DBSA) not only fell short of international social, environmental and governance standards, but were not yet being deployed to support a just transition towards a climate resilient future. In relation to the IDC, the Financing Fairly report found its policies and disclosure to be lacking in a number of aspects, and rated the IDC last in reference to policy transparency, as compared to local and international counterparts.

The Financing Fairly Case Study shifts from a consideration of the IDC’s investment policies (in Financing Fairly) to interrogate its investment practices, examining the impact of the IDC’s funding of MC Mining. The coal mining firm, which is listed on the Australian Securities Exchange and Johannesburg Stock Exchange, received a loan from the IDC in 2017 to finance the development of its flagship Makhado Colliery Project in Limpopo, and related improvements at the Vele Colliery situated outside the Mapungubwe National Park and World Heritage Site.

The MC Mining case study highlights the links between the IDC’s loan to MC Mining, its investment in steelmaker ArcelorMittal South Africa (also South Africa’s 3rd highest greenhouse gas emitter), and its role in financing industrial activities as part of the Musina-Makhado Special Economic Zone. It illustrates how the IDC’s investment in MC Mining is representative of a greater problem, which involves public funds being invested in environmentally destructive and climate-incompatible industries.

The case study details how the IDC’s investment in MC Mining’s projects exposes public funds to coal mining activities that have threatened the integrity and authenticity of a UNESCO World Heritage Site; affected the rights of local people to practice their spiritual rituals and traditions; lowered the water table and dried up boreholes in a water scare area; destroyed the surface area of a protected biosphere; and threatens to exacerbate South Africa’s contribution to global warming and climate change.

In an interview for the case study, David Tshidzumba of community-based organisation Save Our Limpopo Valley and Environment (SOLVE) explained that “the landscape forms the bowl of life to us as a people. These projects threaten the journey of self-actualisation of the community. They threaten the natural springs, the herbs, the trees, and indigenous knowledge. If these projects come in, they threaten these aspects. They are going to kill us as a people, because we are going to lose what makes us, us.”

Providing a thorough reflection on the Industrial Development Corporation Act and the public policies that guide the IDC’s investments, the case study argues that the IDC must develop finance and investment policies in consultation with a wide group of stakeholders to align its investment practices with the Constitution.

Key recommendations of the report include:

“The Industrial Development Corporation (IDC) plays a crucial role in financing industrial development in South Africa. By committing public funds to particular industries and projects, the IDC holds the potential to crowd in private finance by de-risking projects that support improvements in social and economic welfare. To ensure that industrial development is sustainable, the IDC’s funding must be directed toward activities that improve welfare, reduce poverty and inequality, respect human rights and, importantly, ensure the protection of the environment for the benefit of present and future generations,” says Daiyaan Halim, Researcher at the CER.

“At the time of granting the loan, the IDC should have been aware of MC Mining’s early history of environmental non-compliance, and should have considered the significant social, environmental, and climate-related harm posed by mining activities in the Limpopo region. But inadequate provisions in its Responsible Investment Policy and a lack of transparency in its due diligence process have made it difficult for civil society to determine whether these factors were considered. Instead, it appears that these factors were ignored, or afforded insufficient weight in the IDC’s decision to invest in MC Mining,” says Leanne Govindsamy, Head of the Corporate Accountability and Transparency Programme at the CER.

This case study raises critical questions about the role of public finance in advancing sustainable development in a truly meaningful way, thus promoting the realisation of Constitutional rights and obligations and reducing exposure to the risks associated with fossil fuel projects. “It is hoped that this analysis, together with the 2020 Financing Fairly report, provides sufficient information and analysis to enable public finance institutions like the IDC to reconsider its approach to what constitutes sustainable development, as well as its approach to policy transparency, while providing sufficient reasoning and analysis to enable the creation and swift implementation of fossil fuel exclusion policies,” says Govindsamy.