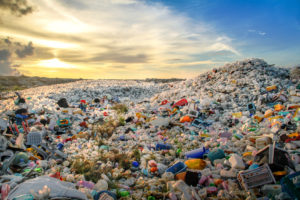 Responding to its no-show at the ministerial meeting on a proposed global plastics treaty, Greenpeace Africa, groundWork and WWF have expressed deep concerns at the unwillingness of the South African government to showcase the country’s leadership and willingness to tackle plastic pollution on a global platform.

As the world moves away from linear to circular economy models, South Africa still seems to be pinning hopes of its economic revival on a section of the plastic industry’s empty promises based on use and throw models.

“South Africa can no longer rely on apartheid-era economic models. After decades of burning coal, South Africa is home to the world’s richest mineral deposits and yet we are officially the most unemployed nation in the world is a clear indicator that the fossil fuels industry, and plastic as an extension, is not going to save the economy,” said Greenpeace Pan-African Plastic Project Angelo Louw.

Recently, leaked documents from the Department of Forestry, Fisheries and Environment (DFFE) indicated South Africa’s intention to reject the proposed treaty after consultations that were only limited to plastic and other business interest groups. The document reflects the disproportionate influence of the plastics industry in the government’s draft plans for addressing the plastic crisis without factoring in views of the wider society, even as plastic pollution continues to have detrimental impact on underprivileged communities.

“Our research shows that, in fact, reuse, repair and refill sectors create 200 times more employment opportunities than current disposal systems of the plastic crisis. If our government is really serious about addressing both the plastic and unemployment crises then we need it to take bolder steps away from single-use plastic and incentivise the move to refill and reuse.”

The South African government has until February 2022 to reconsider its stance when deliberations on the negotiating mandate for a new global treaty for addressing plastic pollution will commence at the United Nations Environment Assembly (UNEA) . To date, over 10,000 people have added their names to Greenpeace Africa’s petition urging the SA government to put people before profits by supporting the global effort to curb plastic pollution. This is in addition to over 2 million signatories and a number of companies as well as financial institutions have called for a global treaty under WWF’s global call for a new global agreement to address plastic pollution.

“The impact of plastic pollution on the environment and wildlife is catastrophic and requires a global response. At the moment, no one treaty addresses the value chain of plastic across its lifecycle: how plastic is produced, essentially from fossils, and then how it’s consumed and how it’s disposed of. South Africa needs to take a coherent approach for meeting environment and development objectives simultaneously, it should not be an either-or conversation anymore,” said WWF South Africa Senior Political Analyst Prabhat Upadhyaya.

The country’s leading environmental groups are open and willing to engage with the South African government to present rationale for supporting the growing movement for a new global agreement to address plastic pollution.