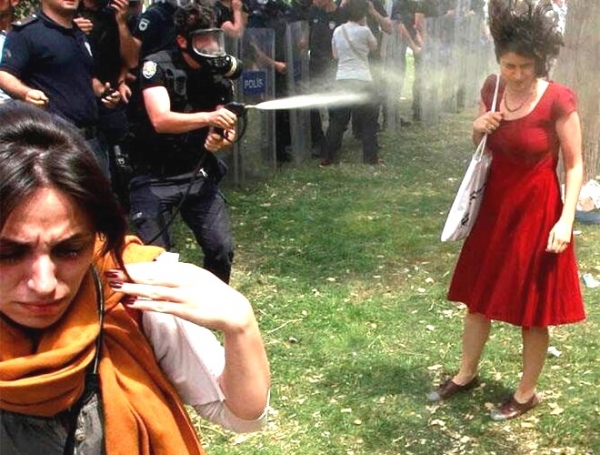 A friend of ours from Germany received this urgent message last night from her friend Anne who has lived in Turkey for some years now. Here is her plea:

Something terrible is happening in Turkey. It all began with a peaceful demonstration against deforestation of 80-year-old trees in a park (Geziparki) located in Taksim Square, where the Turkish Prime Minister Erdogan is stubbornly refusing to listen to objections by protesters – and wants to build barracks from the Ottoman Empire with an integrated shopping center.

The state of affairs after five days of resistance: The Turkish police have now covered the identification numbers on their helmets. Do you know what that means?

They attack us peaceful harmless demonstrators, singing and dancing against the government and Prime Minister Erdogan with placards protesting. They are coming at us with full task forces, water cannons, CS-CR gas and plastic bullets shooting brutally. Civil police are using clubs, iron bars and wooden clubs, with nails inside, and are hitting on everything that moves.

I’m even wearing a gas mask, safety glasses, supplies and auxiliary equipment on the spot. We do not give up. We are doctoring, providing meals and helping each other.

To protect us from the police’s brutal attacks, we must stand in groups and we have set up barricades. Using anything we can find – buses, cars, stones, planters, benches, grilles …everything, everything.

There is nothing left for us to protect ourselves with. We have hundreds injured and, unfortunately, some already dead. They are shooting with gas capsules directly at the people. The shells are thick, whipping with huge force on minds and bodies. Our only communication is via Facebook and Twitter. 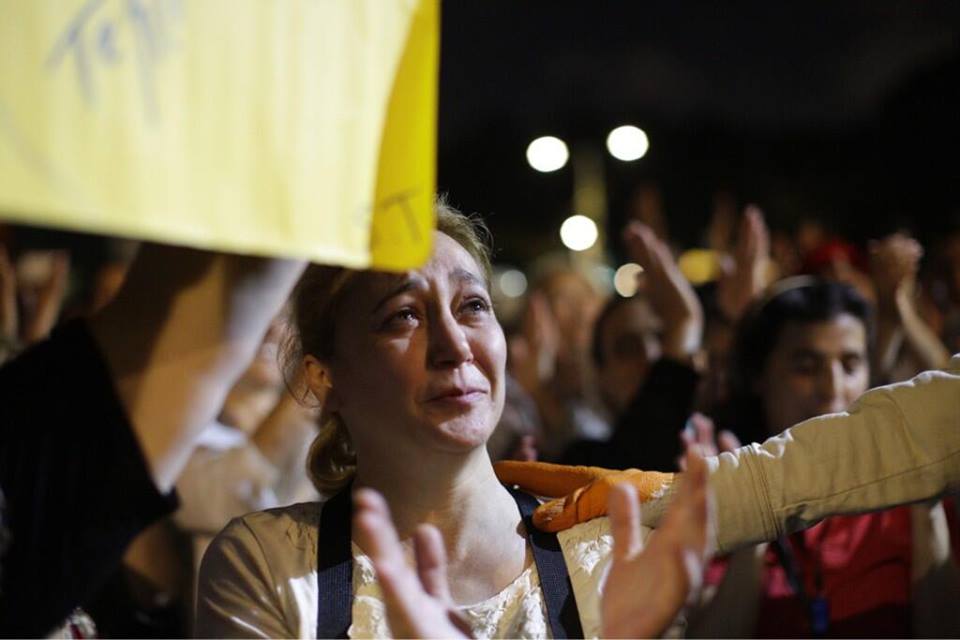 The Turkish press is silent out of fear, except for HalkTV, a tiny courageous station that can be viewed live here. Prime Minister Erdogan has placed all other stations and newspapers under its own control and allows no contact with the people of Turkey. The rest of the country doesn’t know what’s happening here.

You can also get news, videos and photos on Facebook.

Please sign the Avaaz petition, and share this cry for help with all your friends. This is about democracy, human rights, freedom – simply to be human.