You are here: Home / Archives for African Centre for Biosafety

The African Centre for Biosafety (ACB) has today brought into sharp focus the white bread industry in South Africa with the release of its new report ‘GM Contamination, Cartels and Collusion in South Africa’s Bread Industry.’ The report shows that the white bread tested contains high levels of Monsanto’s genetically modified (GM) soya and that most companies are unashamedly … END_OF_DOCUMENT_TOKEN_TO_BE_REPLACED 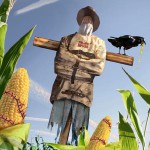 The Advertising Standards Authority (ASA) of South Africa has ordered Monsanto to withdraw its advertisement on Radio 702 with immediate effect, wherein Monsanto claims the benefits of GM crops. According to ASA, Monsanto’s claims were found to be unsubstantiated. The African Centre for Biosafety (ACB) lodged a detailed complaint to the ASA following an advertisement on … END_OF_DOCUMENT_TOKEN_TO_BE_REPLACED