You are here: Home / Archives for aikona 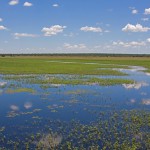 We recently learned of a planned Platinum mine downstream of the 16 000 ha Nylsvlei floodplain in the Limpopo Province. The following letter was sent out to members of a pressure group called AIKONA (Against Interference in Kruger & other National Assets). The Nylsvlei is a 4 000 ha nature reserve lying to the East of the Waterberg between Modimolle (Nylstroom) and … END_OF_DOCUMENT_TOKEN_TO_BE_REPLACED 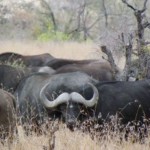 The controversial "peripheral development zone" (PDZ) for the Kruger National Park has been approved, Water Affairs Minister Edna Molewa says. The PDZ is aimed at creating a conservation corridor between the park and Mozambique's Greater Lebombo Conservancy. Molewa said that the corridor would strengthen attempts to curb rhino poaching through the establishment of a joint … END_OF_DOCUMENT_TOKEN_TO_BE_REPLACED