You are here: Home / Archives for Blue Flag Programme 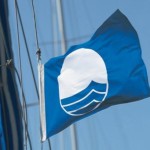 On 11 September the Foundation for Environmental Education (FEE) released its jury decision on the International Blue Flag awards for the 2013/2014 season to the Blue Flag Coordinators in the southern hemisphere countries. Once again the number of sites awarded Blue Flag status in South Africa has increased, despite the criteria being even stricter than in previous years. … END_OF_DOCUMENT_TOKEN_TO_BE_REPLACED