You are here: Home / Archives for body 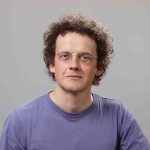 Are you interested in healing through altered states? Then you should join us for a Holotropic Breathwork weekend in the countryside, led by 2 Swiss facilitators trained and certified by the creator of this modality, Stanislav Grof himself! In the 1970s the Czech psychiatrist Stanislav Grof and his wife Dr Christina Grof studied ancient wisdom traditions from all over the … END_OF_DOCUMENT_TOKEN_TO_BE_REPLACED 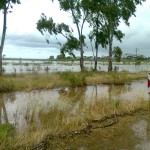 More than 300 residents of Sir Lowry's Pass Village have been evacuated after a nearby river burst its banks. Disaster management spokesperson, Wilfred Solomons-Johannes, says after persistent rains, the Sir Lowry's Pass River reached its water level capacity and burst its banks. Approximately 18 000 people have been affected by flash floods across the Cape Peninsula this … END_OF_DOCUMENT_TOKEN_TO_BE_REPLACED