You are here: Home / Archives for city 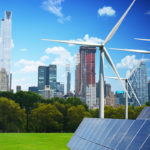 The City of Cape Town’s draft Climate Change Strategy is available for public comment from 1 to 30 September 2020. Climate change is a global threat and Cape Town is particularly vulnerable. Residents and interested parties are encouraged to please participate in this process. It is the City’s vision to create an urban environment that is climate resilient, resource … END_OF_DOCUMENT_TOKEN_TO_BE_REPLACED 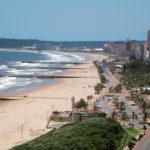 Durban is the greenest city in the world as reported by the first Husqvarna Urban Green Space Index. The HUGSI Index is an AI-powered satellite solution to help decision makers monitor the proportion and health of green spaces in cities across the globe. Jenna Robinson, Husqvarna South Africa marketing manager for this leading global manufacturer of outdoor power products, … END_OF_DOCUMENT_TOKEN_TO_BE_REPLACED 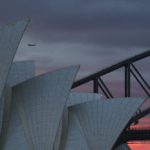 The City of Sydney has became the second state capital in Australia (after Hobart a week earlier) to officially declare a climate emergency. With climate change considered a threat to human life, Sydney councillors unanimously supported a motion put forward by Lord Mayor Clover Moore to mobilise city resources to reduce carbon emissions and minimise the impact of future … END_OF_DOCUMENT_TOKEN_TO_BE_REPLACED 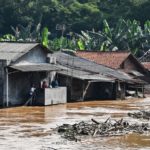 Jakarta is a victim of climate change, the fault of humans the world over (though mostly the fault of corporations), but it’s also a victim of its own policies. The city is sinking—a process known as land subsidence—because residents and industries have been draining aquifers, often illegally, to the point that the land is now collapsing. Read the full article at Wired. … END_OF_DOCUMENT_TOKEN_TO_BE_REPLACED 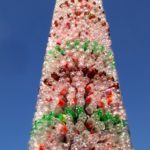 Officially opened in July 2016, the iThemba Tower is a community art project made with over 7 000 recycled plastic drinks bottles decorating a decommissioned 20m high cellular tower. The tower, in the garden of the Spaza Art Gallery in Troyeville, Johannesburg, has become a point of pride for people living and working in the area. https://vimeo.com/226310331 The project … END_OF_DOCUMENT_TOKEN_TO_BE_REPLACED 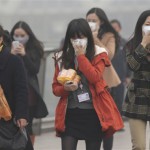 Pollution costs China billions of dollars a year in health and other losses, but that hasn’t slowed China’s growth. Necessity places this great city ahead of most in fixing humanity’s shared global warming problem. Its economy is No. 2 behind the U.S., and it is the world’s largest auto market and growing. Last year new car sales jumped 7 percent to 15.5 million. Used car … END_OF_DOCUMENT_TOKEN_TO_BE_REPLACED 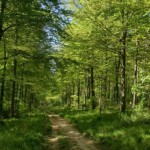 In the spring of 2006 I decided to plant a tree. Not because it is environmentally correct to do so, or because people now donate trees to counter the pollution from their air trips, or because I have measured my carbon footprint. It was simpler and more heartfelt than that. I had been involved in the publication of two books that generated many thousands of pages of proofs. I … END_OF_DOCUMENT_TOKEN_TO_BE_REPLACED 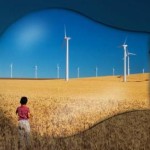