You are here: Home / Archives for clubbing 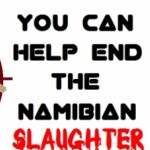 On July 1st 2012, a total allowable catch (TAC) of 85 000 Cape Fur seal pups are set to be beaten to death in Namibia. These pups are still dependent on their mothers, they are not yet weaned and consequently are not yet eating fish. According to Avaaz the pups are separated from their mothers. They are herded away from the safety of the sea, where they are then beaten to death … END_OF_DOCUMENT_TOKEN_TO_BE_REPLACED 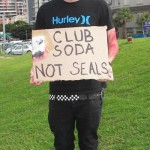 'The quota this year has been set for 85 000 baby seals that are still nursing from their mothers' teats. These are beaten to death with pick handles so that their fur pelts may be sold for US $7.00 A further 6 000 adult bull seals will be shot at point blank range so that their penises can be used to make an ineffective aphrodisiac,' said Pat Dickens, co-ordinator of Sea … END_OF_DOCUMENT_TOKEN_TO_BE_REPLACED 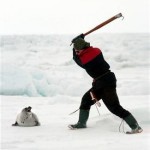 Several international groups have joined forces and are calling for a consumer boycott of all Namibian produce, sport and tourism, which includes de Beers diamonds, The Rugby World Cup, Heineken and Guinness. The boycott has the backing of a number of South African celebrities, including Miss South Africa. As of 2010, the Namibian seal cull became the largest slaughter of … END_OF_DOCUMENT_TOKEN_TO_BE_REPLACED