You are here: Home / Archives for court case 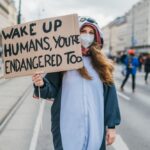 In light of the serious climate change impacts that the project will have and the absence of any assessment of these impacts, environmental justice groups groundWork (gW) and the South Durban Community Environmental Alliance (SDCEA) – represented by the Centre for Environmental Rights (CER) – are challenging the amendment of an environmental authorisation for a gas to power … END_OF_DOCUMENT_TOKEN_TO_BE_REPLACED 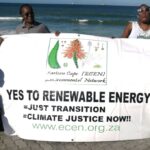 On Monday (25 April), The Green Connection launched an application in the Gauteng High Court in Pretoria seeking to review and set aside the National Energy Regulator of South Africa’s (Nersa) decision to grant three electricity generation licenses to the Karpowership SA companies to operate powerships in the ports of Saldanha, Ngqura (Coega) and Richards Bay. Among other … END_OF_DOCUMENT_TOKEN_TO_BE_REPLACED 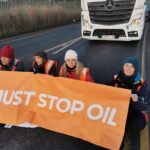 Five supporters of Just Stop Oil were remanded in custody over the Easter weekend and appeared in court on charges related to actions at oil terminals in support of the demand that the UK government end new oil and gas projects in the UK. Kathryn Dowds, 28, Jake Handling, 27, and Joshua Smith, 29, were charged with aggravated trespass after being arrested during an action at … END_OF_DOCUMENT_TOKEN_TO_BE_REPLACED 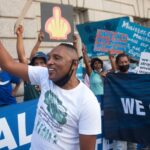 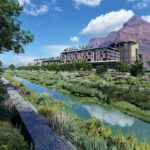 The R4.5-billion development at the River Club site in Observatory has been stopped, with a court ruling that the developers must “consult meaningfully” with all affected people. The interim interdict granted by Western Cape deputy judge president Patricia Goliath, will remain in place pending a review of the relevant environmental land use authorisations for the development … END_OF_DOCUMENT_TOKEN_TO_BE_REPLACED 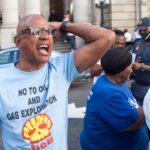 Human Rights Month kicked off with a fresh new meaning for the small-scale fishing and indigenous communities on the West Coast, when the Western Cape High Court ruled that the ban against Searcher’s seismic blasting would remain because small-scale fishing communities on the West Coast – who would undoubtedly be affected – were not consulted. And since there are several … END_OF_DOCUMENT_TOKEN_TO_BE_REPLACED 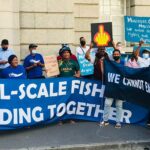 Small-scale fishers from communities in the West Coast – joined by The Green Connection – were back in court Thursday to finally put a stop to Searcher’s seismic blasting of the west and south-west coast of South Africa. The Western Cape High Court heard arguments to decide if the ban – which took effect on 7 February when the Honourable Justice Thulare directed Searcher to … END_OF_DOCUMENT_TOKEN_TO_BE_REPLACED 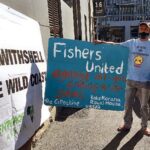 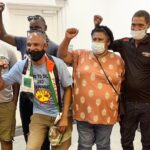 On Monday afternoon, small-scale fishers from the West Coast and beyond breathed a sigh of relief when the Honourable Justice Thulare directed Searcher to discontinue any activities related to the seismic survey. This followed a nail biting few weeks since Searcher Geodata UK Limited commenced its seismic blasting operations in late January. The interim interdict has been … END_OF_DOCUMENT_TOKEN_TO_BE_REPLACED 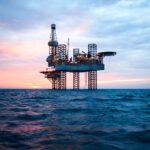 Non-profit organisation Natural Justice in January submitted comments to the Department of Mineral Resources and Energy (DMRE) on the Gas Master Plan Basecase Report, which was released for public comment on Tuesday, December 14, 2021, and developed as a policy instrument for South Africa with the purpose of guiding gas development in the country. The organisation's … END_OF_DOCUMENT_TOKEN_TO_BE_REPLACED 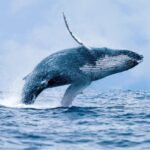 Civil society movement We Are South Africans has begun the process to seek an interdict to stop Australian company Seismic Searcher from its 2D/3D seismic survey, planned to commence off the Western Cape coast on 15 January. A Reconnaissance Permit in terms of Section 74 of the Mineral and Petroleum Resources Development Act (No. 28 of 2002) was granted by the Petroleum … END_OF_DOCUMENT_TOKEN_TO_BE_REPLACED 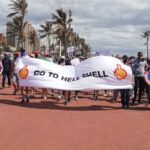 In a major victory for Wild Coast communities, the Grahamstown High Court in Makhanda has ordered Shell to immediately cease its seismic blasting along South Africa’s Wild Coast. They also ordered Shell and the Minister of Mineral Resources to pay the costs of the application for the interim interdict. In granting the interdict sought by communities affected by the blasting … END_OF_DOCUMENT_TOKEN_TO_BE_REPLACED 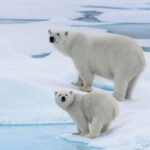 The Center For Biological Diversity has filed a formal notice of intent to sue the U.S. Department of the Interior and Bureau of Land Management for failing to protect imperilled polar bears from an oil exploration project in the Western Arctic. “Every new oil well in the Arctic is another step toward the polar bear’s extinction,” said Kristen Monsell, a senior attorney at … END_OF_DOCUMENT_TOKEN_TO_BE_REPLACED