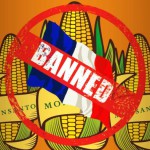 Another victory for the anti-GMO lobby as the bulk of the EU members rejec tdangerous GM plants! Monsanto and the GMO agribusiness cartel have suffered a major new defeat as two-thirds of the 28 EU member states have opted for a full ban on GMO crops. This  according to the terms of new Brussels rules allowing national decision on the toxic agro-technology. The bans … END_OF_DOCUMENT_TOKEN_TO_BE_REPLACED