You are here: Home / Archives for grant 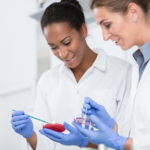 Every morning at 8 undergraduate students stream into the University of Witwatersrand’s biology lecture hall, weaving through the sea of wooden desks to find their seats. Today’s lecture: plant physiology. The next generation of biologists sits attentively as the complex processes through which plants function unravel before them, new words like “RuBisCO” and “mesophyll” … END_OF_DOCUMENT_TOKEN_TO_BE_REPLACED 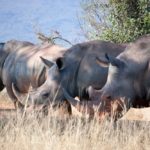