You are here: Home / Archives for Hurricane Katrina 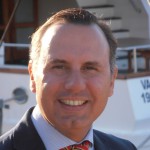 Reversing the devastating effects of climate change will require a more coherent and orchestrated international regime, as well as cooperation between states and other stakeholders, writes Professor Oliver C. Ruppel. There seems to be growing scientific consensus that the increased number and intensity of climate change induced natural disasters, such as earthquakes, volcano … END_OF_DOCUMENT_TOKEN_TO_BE_REPLACED 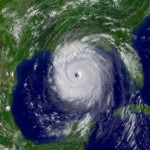 The number of Atlantic storms with magnitude similar to killer Hurricane Katrina, which devastated the U.S. Gulf Coast in 2005, could rise sharply this century, environmental researchers reported on Monday. Scientists have long studied the relationship between warmer sea surface temperatures and cyclonic, slowly spinning storms in the Atlantic Ocean, but the new study … END_OF_DOCUMENT_TOKEN_TO_BE_REPLACED