You are here: Home / Archives for Katie Bell 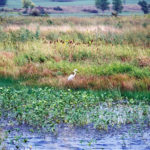 A non-governmental wetland conservation programme established in 1991, Mondi Wetlands Programme is a partnership between two of SA’s largest conservation NGO’s (WESSA and WWF) together with the funding from two corporates (Mazda Wildlife Fund and Mondi Ltd). The programme was started with the aim to raise awareness of the strategic importance of wetlands to facilitate proper … END_OF_DOCUMENT_TOKEN_TO_BE_REPLACED 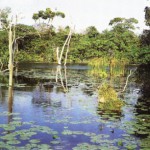 This year the theme of World Wetlands Day will be ‘Wetlands & Tourism,’ celebrated on Thursday 2 February 2012. This will celebrate the 41st anniversary of the Ramsar Convention, an intergovernmental treaty signed on 2 February 1971 in Iran for the protection of wetlands worldwide. 160 countries have since signed the treaty. World Wetlands Day will also create an … END_OF_DOCUMENT_TOKEN_TO_BE_REPLACED