You are here: Home / Archives for Madiba Day 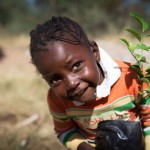 How to make a contribution on Mandela Day? Here are a few cool places to volunteer your time and compassion and help those in need: Durban: The Rising Sun calls on well-wishers, philanthropists, community organisations and the corporate sector in Durban to be part of an innovative Food for Life kitchen refurbishment project. “Overcoming poverty is not a gesture of … END_OF_DOCUMENT_TOKEN_TO_BE_REPLACED 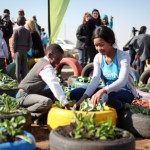 "As long as outmoded ways of thinking prevent women from making a meaningful contribution to society, progress will be slow. As long as the nation refuses to acknowledge the equal role of more than half of itself, it is doomed to failure." Nelson Mandela Women’s Day 1996. Nelson Mandela believed in women and in the crucial role that they play in creating change and … END_OF_DOCUMENT_TOKEN_TO_BE_REPLACED