You are here: Home / Archives for microsoft 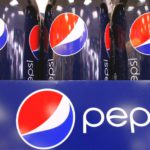 Companies like Pepsi, DuPont, and Google might say that they support climate action, but in reality, they are funding lawmakers opposed to President Obama’s climate agenda, according to a Reuters report released Tuesday morning. Over the last year, more than 150 companies have signed on to the “American Business Act on Climate Pledge,” a commitment created by Obama to … END_OF_DOCUMENT_TOKEN_TO_BE_REPLACED 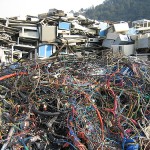 Greenpeace greener electronic ranking has shown how actions speak louder than words for the electronics industry as Philips and HP introduce new transformative products, but Toshiba and Microsoft fail to act on promises The Greenpeace Guide to Greener Electronics shows significant separation between companies that are failing to keep their environmental commitments and those … END_OF_DOCUMENT_TOKEN_TO_BE_REPLACED