You are here: Home / Archives for milk 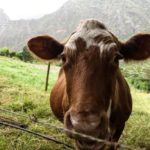 In the climate change debate, some policymakers seem to be bovine flatulence deniers. This became apparent in the fuss over the United States' Green New Deal put forward by some liberal Democrats. More precisely, the fuss over an information sheet by the plan's advocates. With tongue in cheek or foot in mouth, depending on whom you ask, the statement's authors said that … END_OF_DOCUMENT_TOKEN_TO_BE_REPLACED 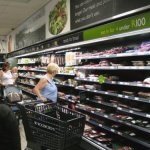 It seems as if the 'world of difference' slogan of a popular retailer increases sales, but does not stand up to scrutiny. The consumer action group, Grass, has Woolworths in its sights again for ‘misleading marketing claims and labeling’ on organic, free-range and GMO-free  food products. Woolworths esd criticised before for sale of GMO ‘Frankenfoods’. Grass says … END_OF_DOCUMENT_TOKEN_TO_BE_REPLACED 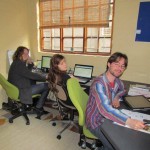 Running a home office can be like a virus that gradually spreads throughout your space. Yet the more travelling is avoided and time is saved, the greener and more efficiently your initiative is running. And what is better than breakaway spaces in the garden for creative meetings or huddling around a warm fire for winter discussions? Our boardroom is a green canopy covered in … END_OF_DOCUMENT_TOKEN_TO_BE_REPLACED 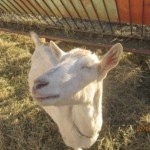 Are you looking for yummy goats milk cheese and other farm products for your family? Let me tell you about Arbeidsgenot, a farm near Lutzville - or let Malinda speak for herself: At Arbeidsgenot we are moving into winter, with milk production from our goats dropping dramatically, as is natural for them in winter. Winter milk is creamier than summer milk resulting in a … END_OF_DOCUMENT_TOKEN_TO_BE_REPLACED