You are here: Home / Archives for permits 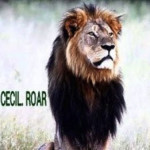 Cecil the Lion was the most famous lion in Zimbabwe's Hwange National Park – but now he's dead, and his killer may not even face any jail time. Reporters are working to confirm the horrifying details of Cecil's death. Here's what sources are saying: this month an American dentist named Walter James Palmer used bait to lure Cecil out of the park, then shot him with a bow and … END_OF_DOCUMENT_TOKEN_TO_BE_REPLACED