You are here: Home / Archives for Pope Francis 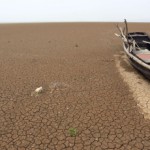 A leading scientist broke down in tears during an interview on carbon pollution, describing a dark future where the oceans are ruined. Whether her nightmare comes true depends on us. The biggest climate summit of the decade is just four months away, and our leaders could agree to a revolutionary target to get the world off fossil fuels. It would be a guiding star to navigate … END_OF_DOCUMENT_TOKEN_TO_BE_REPLACED 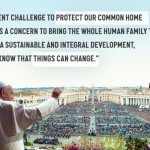 Reacting to the Pope's Encyclical on the environment, Michael O’Brien Onyeka, Executive Director at Greenpeace Africa, said: "Greenpeace welcomes the valuable intervention of Pope Francis in humanity's common struggle to prevent catastrophic climate change. This first encyclical on the environment brings the world a step closer to that tipping point where we abandon fossil … END_OF_DOCUMENT_TOKEN_TO_BE_REPLACED 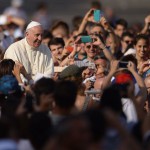 Pope Francis on Thursday called for a radical transformation of politics, economics and individual lifestyles to confront environmental degradation and climate change, blending a biting critique of consumerism and irresponsible development with a plea for swift and unified global action. The vision that Francis outlined in a 184-page papal encyclical is sweeping in ambition … END_OF_DOCUMENT_TOKEN_TO_BE_REPLACED 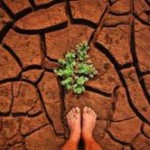 On 22 April 2013, more than one billion people around the world will take part in the 43rd anniversary of Earth Day. Earth Day is an annual observance on which events are held worldwide to demonstrate support for environmental protection. Pope Francis voiced his concern for environmental in the very first homily of his Papacy on March 19th when he was installed. “Please, … END_OF_DOCUMENT_TOKEN_TO_BE_REPLACED