You are here: Home / Archives for President Jacob Zuma 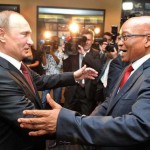 Earthlife Africa (ELA) and SAFCEI are in the process of filing and serving a supplementary founding affidavit in their court challenge against the Government’s proposed nuclear deal. In the case of purchasing nuclear reactors for South Africa, Minister Joemat Petterssen has gone on record saying that there will be a transparent, fair process when it comes to the nuclear … END_OF_DOCUMENT_TOKEN_TO_BE_REPLACED 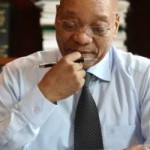 It has happened. President Jacob Zuma has signed the Medicines and Related Substances Amendment Bill 6 of 2014 into law in terms of section 84(2) of the Constitution. This new Act creates a new legal framework for the Medicines Control Council (MCC) to be scrapped, and for the establishment of a new South African Health Products [sic] Regulatory Authority (SAHPRA), similar … END_OF_DOCUMENT_TOKEN_TO_BE_REPLACED 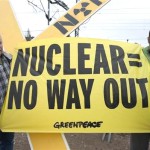 "Preparing for the 22nd Century, Environmentally" was a talk held by Greenpeace Executive Director Kumi Naido  at the Cornerstone Institute in Cape Town recently. Kumi said that faith communities must come to terms with the inconvenient and uncomfortable truth that without the involvement of faith communities, we won’t be able turn around catastrophic climate change. There … END_OF_DOCUMENT_TOKEN_TO_BE_REPLACED 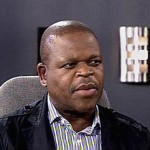 The government and the ruling party should reconsider plans to forge ahead with expanding nuclear energy, the National Union of Mineworkers (NUM) said on Thursday. The NUM's national executive committee (NEC) met on Wednesday, where it discussed President Jacob Zuma's State of the Nation address. On Tuesday, Zuma signalled that South Africa would push ahead with nuclear … END_OF_DOCUMENT_TOKEN_TO_BE_REPLACED