You are here: Home / Archives for sandbag building 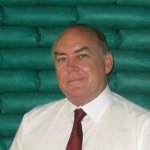 Sand has been the most widely used construction material for the last 10 000 years and even today at least a third of the world’s population live in houses built of sand. The idea of making walls by stacking bags of sand or earth has been around for at least a century.  Sandbags have been used for flood control and military bunkers because they are easy to transport to where … END_OF_DOCUMENT_TOKEN_TO_BE_REPLACED