You are here: Home / Archives for shopping 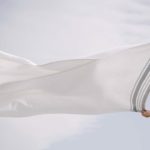 "We are at a unique stage in our history. Never before have we had such an awareness of what we are doing to the planet, and never before have we had the power to do something about that… The future of humanity and indeed, all life on earth, now depends on us." - David Attenborough. From David Attenborough to world leaders, we are hearing that the next decade will determine … END_OF_DOCUMENT_TOKEN_TO_BE_REPLACED 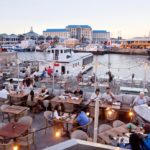 Sustainability, collaboration, creativity and compassion are the foundation of the V&A Waterfront’s festive season this year. The 2020 festive period is preceded by months of global upheaval, extended moments of isolation and change that few of us could predict or control. Cape Town’s V&A Waterfront is ready to contribute to humanity’s attempts to restore hope and they … END_OF_DOCUMENT_TOKEN_TO_BE_REPLACED 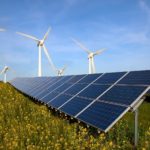 Eco-Choice Africa, a locally developed ecolabel for consumer products has become the first of its kind on the Continent to receive international recognition as an associate member of the Global Ecolabel Network, the international controlling body for ecolabelling. The Global Ecolabelling Network (GEN) is a non-profit association of leading Type 1 ecolabelling organisations … END_OF_DOCUMENT_TOKEN_TO_BE_REPLACED 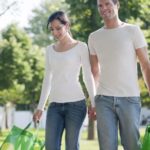 The South African plastics industry has welcomed the recent findings released by the Council for Scientific and Industrial Research (CSIR), confirming that reusable, plastic shopping bags have the lowest environmental footprint compared to carrier bags made from alternative materials. The study was funded by the Department of Science and Innovation (DSI) and aimed to … END_OF_DOCUMENT_TOKEN_TO_BE_REPLACED 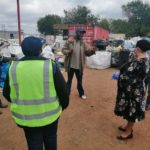 Waste pickers who have not been able to work since the Covid-19 lockdown will have something to keep their hunger at bay after receiving 240 food vouchers. The national PET plastic recycling body PETCO and the South African Waste Pickers Association (SAWPA) donated the vouchers to the families from Vaalpark in Sasolburg. The recipients of the vouchers belong to the … END_OF_DOCUMENT_TOKEN_TO_BE_REPLACED 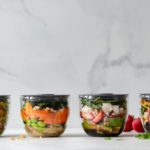 18 March 2020 marks 'Global Recycling Day’, a day to help recognise, and celebrate, the importance recycling plays in preserving our precious primary resources and securing the future of our planet. Today, we hear the words reduce, re-use, recycle on a daily basis. But how seriously do we actually take them? And how can we encourage more people to instill the “R’s” as a … END_OF_DOCUMENT_TOKEN_TO_BE_REPLACED 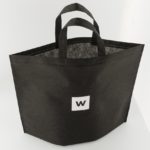 During the trial, which was launched in November 2018, over 100 000 single-use bags were saved from going out into the environment as customers opted for affordable, reusable shopping bags. After a six month trial in four of its Western Cape stores, including the launch of their first plastic bag free store, Woolworths confirms that it will be rolling out its new low-cost, … END_OF_DOCUMENT_TOKEN_TO_BE_REPLACED 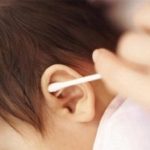 Do you know that ear buds are one of the top ocean polluters which we pick up during beach clean-ups? Hence the following good news is so welcome: Woolworths has kick started the year with its latest announcement in its journey to ZERO packaging waste to landfill, with the roll out of Woolworths branded paper-stemmed earbuds. Switching to paper-stemmed earbuds might seem … END_OF_DOCUMENT_TOKEN_TO_BE_REPLACED 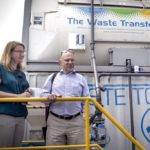 The improper disposal of waste is one of the fastest growing risks to our planet and way of life. Rotting food leads to increases in methane gasses as the food decomposes in landfills. To address this, the City of Cape Town plans to start banning wet waste from its landfills from 2022. The Waste Transformers from the Netherlands and South Africa’s own JSE-listed … END_OF_DOCUMENT_TOKEN_TO_BE_REPLACED 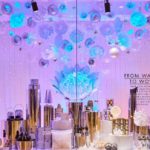 A local empowerment project hopes to raise awareness of the importance of re-using, re-purposing and recycling plastics. Woolworths will be giving a new spin on the concept of a ‘waste not, want not’ festive season this year as locally-made repurposed plastic flower artworks are the focal point of their Christmas windows in the top 15 stores. The show-stopping designs … END_OF_DOCUMENT_TOKEN_TO_BE_REPLACED 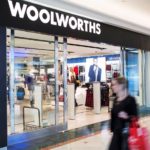 South Africa does not have a law banning plastic bags. However, to reduce littering and discourage customers from buying them, the plastic bag levy was increased in April by 50 percent to 12 cents per bag. SA department store chain Woolworths Holdings will be removing single-use plastic bags from one of its stores during a six-month trial period in a bid to end plastic … END_OF_DOCUMENT_TOKEN_TO_BE_REPLACED 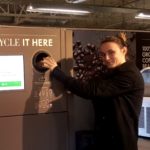 Imagine an intelligent reverse vending machine for depositing your waste, which identifies it for you as recyclable or not. This is now a reality. In line with its recent announcement to achieve zero packaging waste to landfill by 2022, Woolworths has now launched a customer trial of an integrated reverse vending machine in its flagship green store in Claremont. “It might … END_OF_DOCUMENT_TOKEN_TO_BE_REPLACED 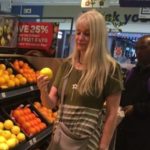 I don’t normally participate in special days, or months, for the simple reason that we should be long past devoting a day or a month to the issue of human survival on this planet. What could be more important than that to prioritise on a daily basis? I am devoted to maintaining the water, or energy or waste, or whatever focus EVERY day. But I do understand that it serves a … END_OF_DOCUMENT_TOKEN_TO_BE_REPLACED