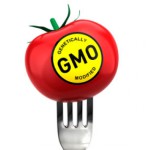 Consumers in South Africa have won a hard-earned victory with regard to the labelling of genetically modified (GM) foods. Yesterday, the Department of Trade and Industry (DTI) published draft amendments to the regulations governing the labelling of GM food. According to the draft amendments, all locally produced and imported food containing 5% or more GM ingredients or … END_OF_DOCUMENT_TOKEN_TO_BE_REPLACED