You are here: Home / Archives for Sustaining The Wild Coast (SWC) 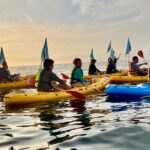 Oceans Not Oil (ONO) hails an advisory produced by the Academy of Science of South Africa (ASSAf)’s Scientific Advisory Group on Emergencies (SAGE) on the use of deep-sea seismic surveys to explore for oil and gas deposits in South African waters. In the scope of SAGE’s mandate, an “emergency” is defined as "a serious, unexpected, and potentially dangerous situation that has … END_OF_DOCUMENT_TOKEN_TO_BE_REPLACED

In a major victory for Wild Coast communities, the Grahamstown High Court in Makhanda has ordered Shell to immediately cease its seismic blasting along South Africa’s Wild Coast. They also ordered Shell and the Minister of Mineral Resources to pay the costs of the application for the interim interdict. In granting the interdict sought by communities affected by the blasting … END_OF_DOCUMENT_TOKEN_TO_BE_REPLACED 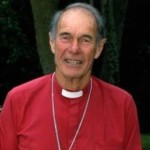 The Wild Coast continues to be under threat from both the application to undertake sand dune mining and the N2 toll highway. The record of decision (ROD) for the N2 toll road was released on 19 April.  Objections need to be made before 19th May. SAIFCEI (Southern African Interfaith Environment Initiative) have asked for an extension to this deadline, but were told that DEAT … END_OF_DOCUMENT_TOKEN_TO_BE_REPLACED 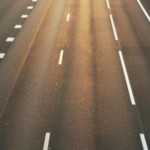 Sustaining The Wild Coast (SWC) welcomes the recent decision by Minister Ndebele for a review of tolling as a means of financing road construction. This decision provides a partial vindication of SWC's decade long campaign against the N2 Wild Coast toll road proposal and public concerns about the exclusion of the social and economic impacts of tolling in the EIA … END_OF_DOCUMENT_TOKEN_TO_BE_REPLACED